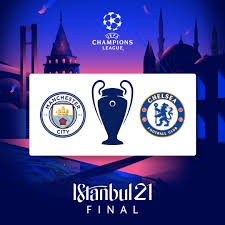 Chelsea and Manchester City lock horns for the 150th time in the league. The Blues have won 60 and lost 50 of the previous 149 meetings.

This will be only the second time Chelsea have faced Manchester City on a Thursday, the other being a 2-1 win for the Blues at Stamford Bridge on Boxing Day in 1935.

Man City have won six and lost three of their past nine Premier League meetings with Chelsea.

The Citizens have lost more Premier League games against Chelsea (25) than they have against any other side in the competition.

Biggest league win for each team:

Chelsea are unbeaten in four Premier League games (winning three), netting at least twice in all four of these matches.

Chelsea had 74 per cent possession in our win at Aston Villa, the 29th time this season we have had the majority of possession in a Premier League game, more than any other side.

Olivier Giroud has scored in three of the Chelsea’s past four Premier League games.

Frank Lampard has won 15 of his first 30 Premier League matches and is only the fifth Englishman of the 69 to have managed at least 30 games to have won at least half of his first 30 games. He is the first since Tim Sherwood in April 2015.

Man City are the Premier League’s top scorers with 76 goals, 10 more than Liverpool (before this Wednesday’s games).

They have kept four clean sheets from their last five Premier League outings.

Man City lost their last Premier League game in London (0-2 v Tottenham). They have not lost consecutive games in the capital since December 2015.

Pep Guardiola’s side have lost seven Premier League games this season, one more than in their previous two campaigns combined.

past three Premier League away games. They have not had a spell of losing three in

Manchester City have lost two of their past three Premier League away games. They have not had a spell of losing three in four on the road since January 2017.

The Citizens have trailed in five Premier League games away from home this season and lost them all.

Riyad Mahrez has been directly involved in 16 goals (8 goals, 8 assists) in 17 Premier League starts this season.

There are no suspensions.

In the Premier League, the deadline for suspension for accumulating five bookings has passed. Players must now avoid accruing 10 cautions before the completion of the 32nd game to escape a two-match ban.

Stuart Attwell is the official for his fourth Blues game of the season. The others were Arsenal (h), Brighton (a) and Sheffield Utd (h) that all ended in draws.

Content created and supplied by: Vibes_king (via Opera News )