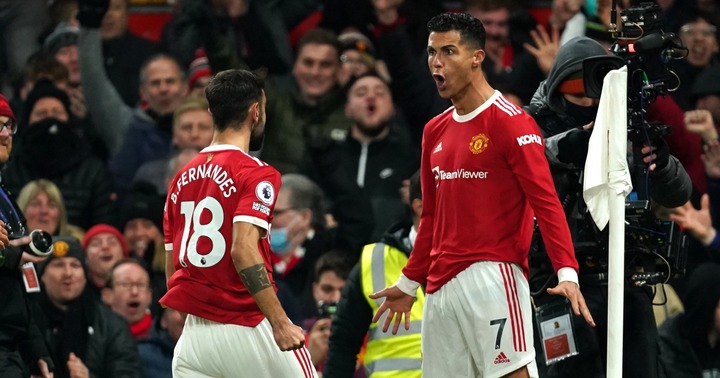 The sluggish Manchester United has beaten the ressurged Arsenal, the Gunners in one of diificult encounter between the two in the English Premiership topflight thanks to the goals from the ambitious talisman Cristiano Ronaldo.

Manchester United has received a backlash over the past weeks and had also been subjected to public criticism over their inconsistency towards the EPL competition. The brilliant and genius Cristiano Ronaldo who came sixth and lost the ballon d'or to his long term football rival Lionel Messi leapfrogged Arsenal with an impressive brace that took them back to the winning ways in a 3:2 scoreline.

The match was one of the thrilling game in this season looking at the scoring prowess of the two historic clubs who are trying their best to ensure they lay hold of the EPL title this time.

Arsenals Emile Smith Rowe opened the scoreline with a superb finish on the 13th minute but a minute to the stoppage time of first half, the usual goal scorer for United Bruno Fernandes equalised with a good finishing.

Tension was high in such a battle but after the duels, interceptions, counterattacks, Cristiano Ronaldo put Man United ahead with a brilliant goal in the 52nd minute making the scoring line 2:1.

The former Real Madrid prodigy Martin Odegaard within the 54th minute dazzled with an impressive movement as he equalised to make the game 2:2 shortly after Ronaldo's goal. 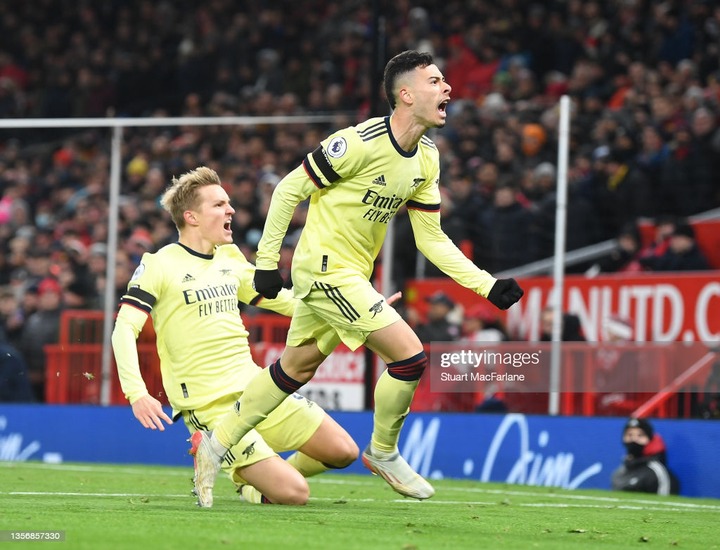 Unfortunately, Cristiano Ronaldo stunned Arsenal as he scored the winner in the 70th minute for Manchester United to bring the points to 21, 12 and 11 points behind the league leaders Chelsea the blues and bitter rivals Manchester City respectively. 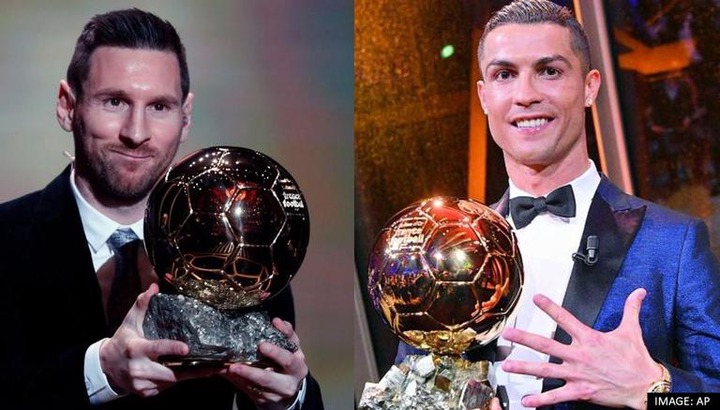 Ronaldo and Manchester United plays home with the Swiss champions the Young Boys FC who defeated Man United within the dire minute so visiting the Old Trafford would propel Cristiano and United to stage a comeback to ensure they qualify to the next stage of the UEFA Champions League.

“I am not well ": Disappointed CookieTee Breaks Down After She Shares Heartbreak Situation With Fans