By KONTOMIRE (self media writer) | 10 months ago

National Division One League (DOL) Zone One side Yendi Gbewaa FC, (Dagbon United), recorded their first win in the ongoing competition with a sweet 3-1 victory over Techiman City on Thursday.

The Northern Spirit who had endured a rather torrid start to the season, produced a stunning display to beat the visitors at the Aliu Mahama Sports Stadium, Tamale. 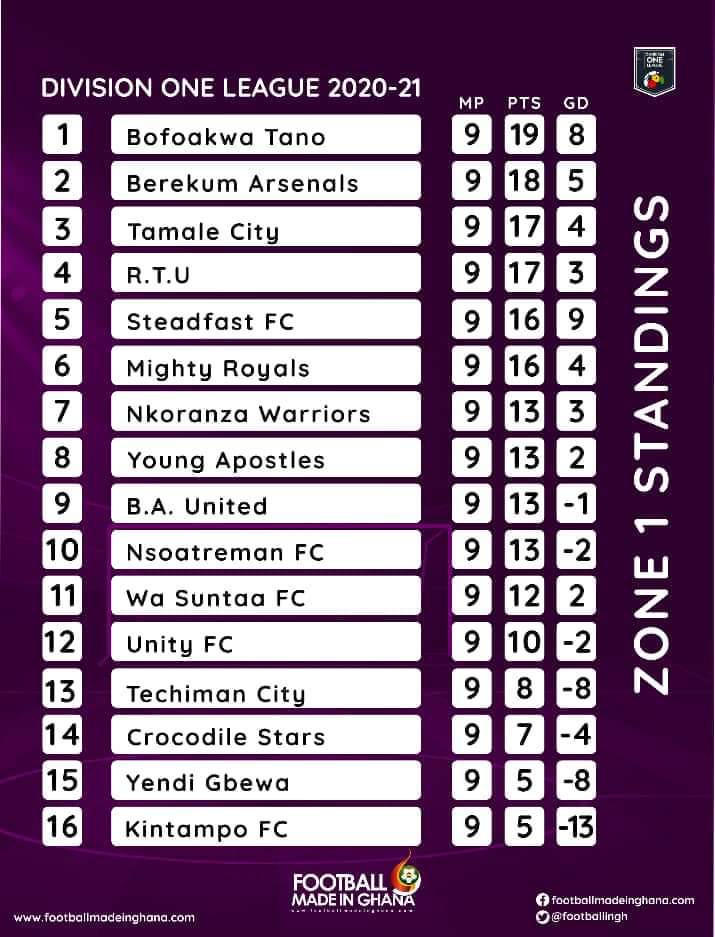 They led 2-0 at half time, and, completed the win in the second section to post their first win in nine matches in the ongoing 2020-21 season.

The win, lifts Dagbon United off the foot of the table with five points as they seek to take the sole ticket from this zone to the top flight competition next season.

This win comes as welcome news to the new owners of the club who have invested heavily in the club, hoping to turn it into the most professionally run side in northern Ghana.

Their slow start to the season, caused the owners to fire the entire technical team and replace them with a new set prior to the game with Techiman City yesterday.

They will hope to build on this result for the campaign ahead with more than half of the season still to be played.