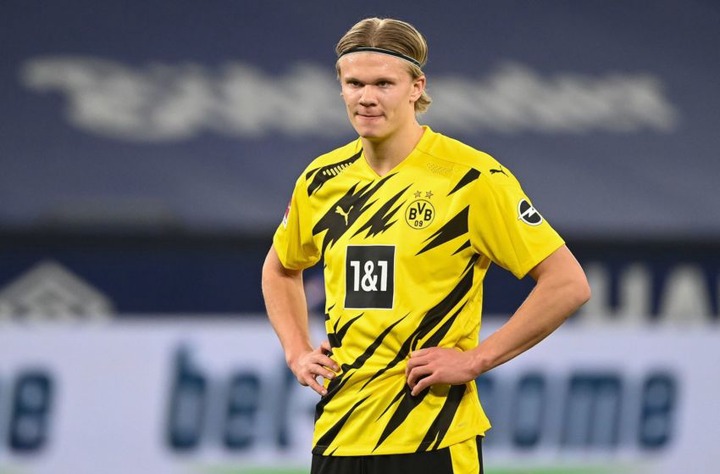 Erling Haaland's agent, Mino Raiola has debunked rumours linking him to various clubs as 'fake news' as he continues his European tour to discuss a transfer for the young striker. Raiola and Haaland's father were in spain last week where they visited the camps of Barcelona and Real Madrid. Their tour sparked an unrelenting influx of news about Haaland's potential transfer to Spain. However, Raiola has lifted the lid about Haaland's imminent transfer, claiming reports linking him to Barcelona or Real Madrid is fake. 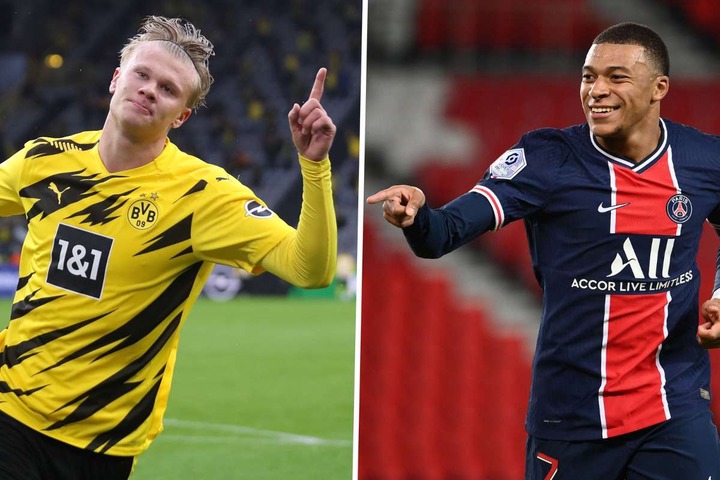 Real Madrid have made the signing of Haaland and Mbappé their focus this summer. Despite the club's disturbing financial situation, Real Madrid remain confident they can still sign one of the youngsters before next season. The club has decided to sell a number of first team players to make the transfer possible. 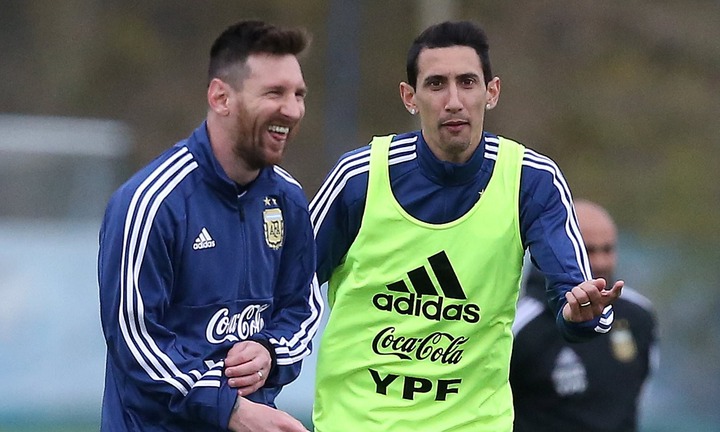 ️Former Real Madrid star, Angel Di Maria wants Barcelona talisman, Lionel Messi to join him at Paris Saint-Germain next season. The 33 year old Argentine has been linked out of Barcelona for a while following the club's dwindling performances over the years. Realistically, Manchester City and PSG are the only clubs, financially cut out to sign Lionel Messi and Argentine winger, Angel Di Maria wants Messi to join PSG if the move push through. 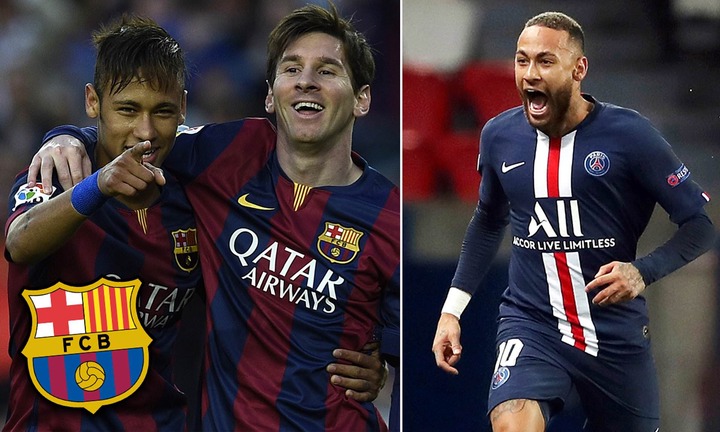 Contract talks between Neymar and Paris Saint Germain has reportedly stalled with the Brazilian keen to return to Barcelona. After sealing a big money move from Barcelona in 2017, the South American playmaker want to return to the camp nou after three years at PSG. Neymar has decided to halt contract extension talks with PSG and push for a move to Camp nou. However, the move will prove difficult considering the hefty fee involved. 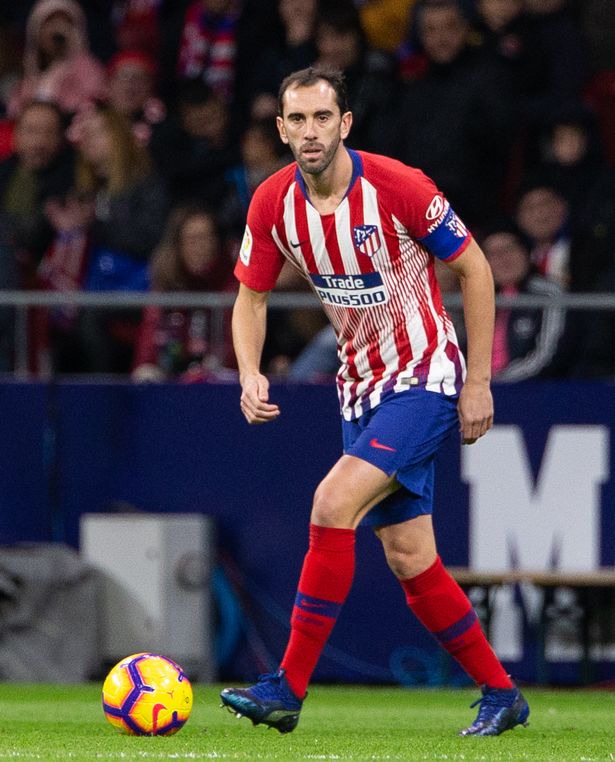 Former Atletico Madrid defender, Diego Godin has disclosed how he came close to joining Manchester city in 2015. According to the Uruguayan centre back, Manchester City paid his release clause in 2015 but Athletico manager, Diego Simeone told the club, he would resign if the Uruguayan star leave. 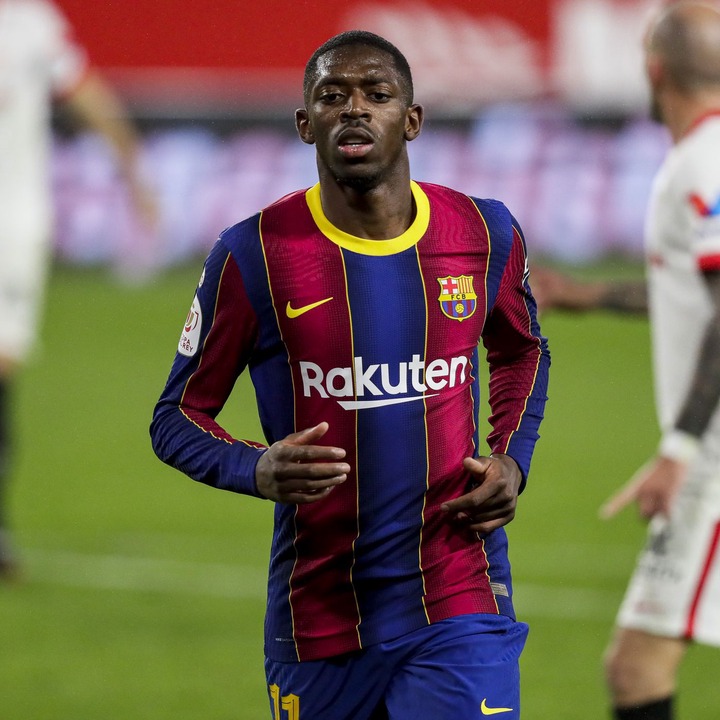 Juventus and Manchester United have reached out to Ousmane Dembélé's agent for a summer move. Both clubs have been long time admirers of the 25 year old and have been monitoring his situation at Barcelona. Barcelona are increasingly being compelled to sell their star players on hefty salaries due to the club's disturbing financial situation. Juventus and Manchester United have emerged frontrunners to land the attacker if Barcelona decides to sell him. 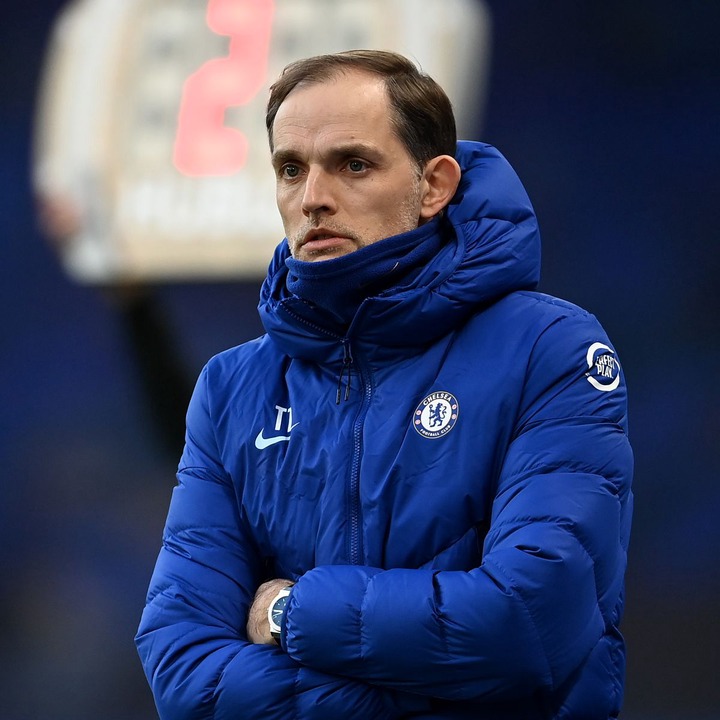 Thomas Tuchel has admit the shocking 5-2 defeat against West Bromwich Albion is a 'big wake-up call' for the blues. Chelsea experienced one of the unforgettable nightmares on Saturday afternoon, following their disturbing defeat against the baggies. 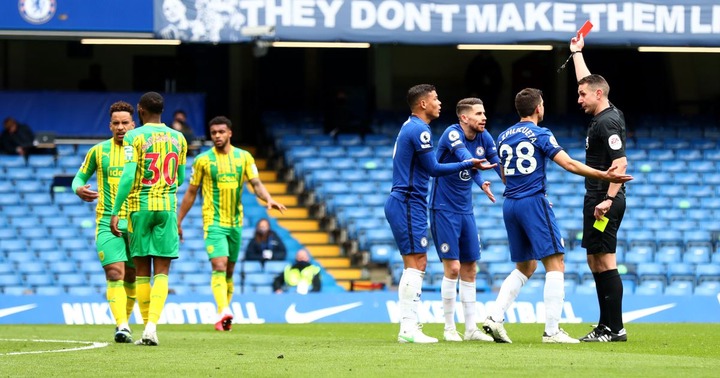 However, Chelsea coach, Thomas Tuchel has dubbed the defeat a wake up call for his players and need to bounce back as soon as possible. They face another herculean task on Tuesday as they head to Seville, to face FC Porto in the Champions League quarter-final. 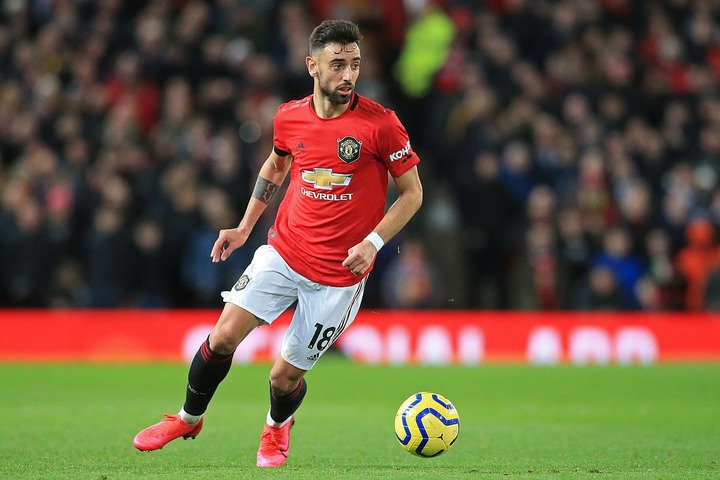 Manchester United star, Bruno Fernandes has been urging Manchester United to complete a deal for Sporting Lisbon's left back, following his exceptional form this season. The 18 year old has already made headlines as one of the promising prospect in the world, attracting interest from several European clubs. 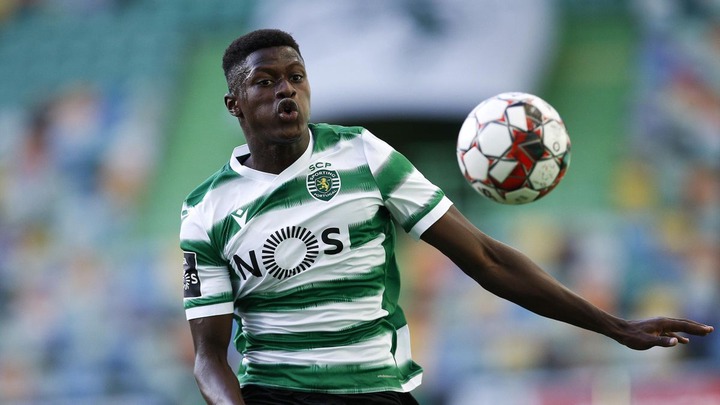 Bruno Fernandes believes his ex-teammate can help strengthen Manchester united backline, however, it happens to be a move that could see Alex Telles used as a bargaining chip. 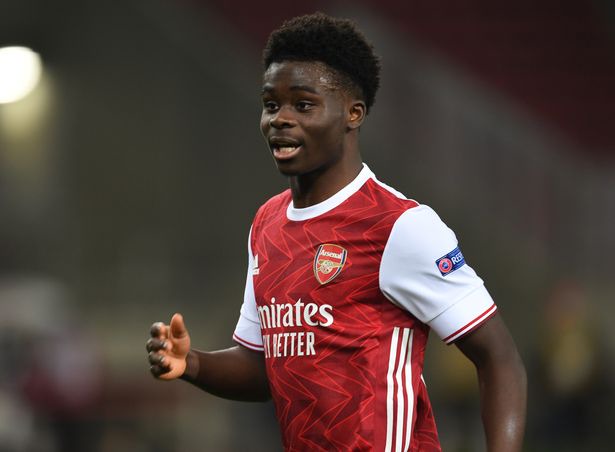 Arsenal are planning to sell highly rated youngster, Bukayo Saka in order to raise funds for the club to spend in the summer. The gunners have had an underwhelming season despite the host of marquee players at the club. As part of the club's effort to strengthen the team, they have decided to sacrifice their sensitional youngster this summer to bring in few more experience players. 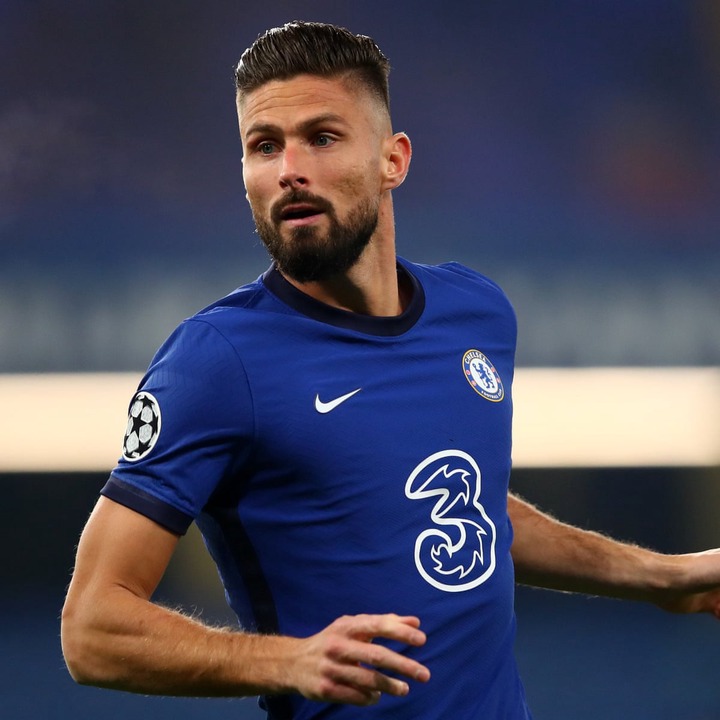 Olivier Giroud has emerged as a surprise target for As Roma. The representatives of the French striker met with Roma's technical director, Tiago Pinto on Friday over a potential summer switch. Giroud is reportedly not satisfied with hos role as a second choice striker at Chelsea. The 32 year old has considered leaving London this summer and AS Roma has emerged the likely destination. 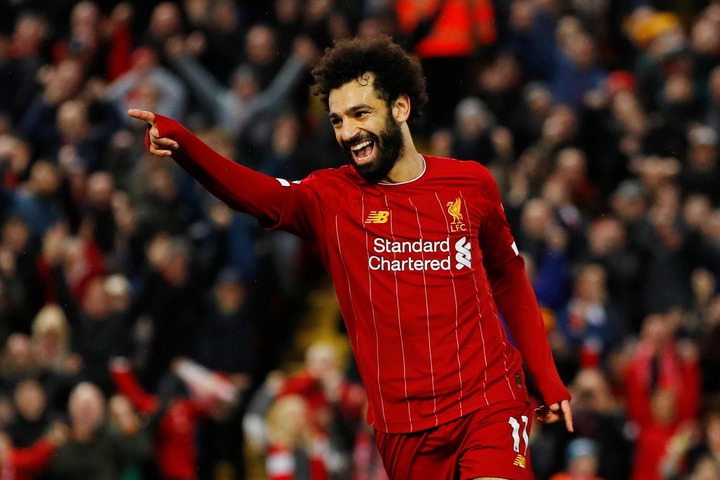 Liverpool want to hold talks with Mohamed Salah over his plans to play for Egypt in the upcoming Olympic Games. Liverpool have been left sweating over Salah's intention to participate in the imminent Olympic games to be held in Tokyo, Japan. The event has been scheduled to take place from July 23rd to August 8th. This means, Liverpool would be without the Egyptian in the first few months of next season. However, the Reds are in talks to persuade the 28 year old to stay with his club. 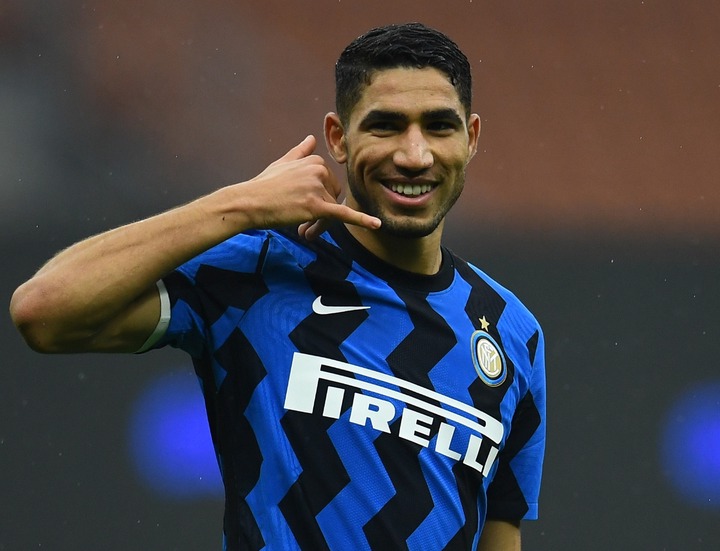 Arsenal have registered concrete interest in Inter Milan's wingback Achraf Hakimi. The Moroccan has been on a scintillating form at Inter this season, following his move from Dortmund last summer. The 22 year old has been an integral member in Antonio Conte's team, which stand a chance of winning the Seria A tittle this season. The gunners have been monitoring the young defender and believe he would be of massive help to Mikel Arteta. 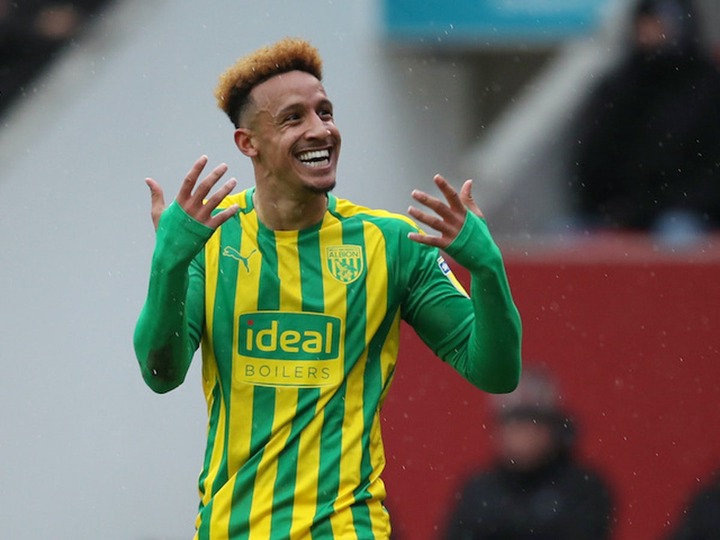 West Brom's hero, Callum Robinson was racially abused on social media following his amazing display at Stamford Bridge on Saturday. The 26 year old scored two belters as Albion crashed Chelsea in a 2-5 win. Nontheless, Robinson's heroics was met with abuse from chelsea fans on social media. Albion have confirmed the matter has been reported to police.

Photos: Astonishing Pictures Of Kweku Flick Released On His Birthday - Take A Look