By Kwameodey7 (self media writer) | 1 year ago 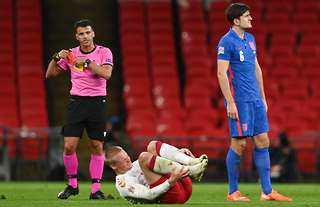 Harry Maguire has been in the news from time to time for all but the wrong reasons.

It all started when he had an altercation with police officers while on holidays after the end of last season.

Manchester United defensive problems has been exposed and it all centers on the English defender.

His blunder against Tottenham in their 6 -1 home defeat hasn't stopped yet.

Against Denmark in the uefa nations league yesterday. Harry Maguire was given his matching orders after two untimely tackles resulted in two yellow cards after half an hour of proceedings. 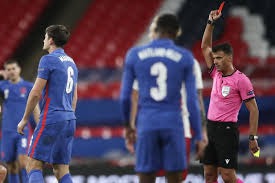 United legend Roy Keane believes English manager Gareth Southgate should have patted him to show some sense of sympathy and support to this defender when leaving the field after his red card as he is in mental toughness battling state.

Things has turned very sour for the United's captain. He has been the subject of criticism on social media and the print media.

Everyone is firing him from all angles and he will need the mental toughness to be able to withstand these hard times.