Owu, who played for Asante Kotoko and AshantiGold among others during his hey days, said Lamptey has the footballing brains to steer Sharks to safety this season after gathering a lot as a player during his own playing days. 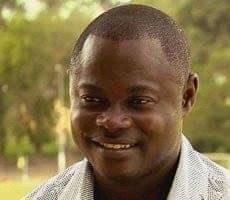 The former Ghana international has been tasked to help Sharks keep their Ghana top-flight status after being named interim coach following the departure of Yaw Acheampong and Felix Aboagye.

Sharks are 13th on the table in the ongoing Ghana Premier League, (GPL) at the halfway point of the season, just three points above the relegation zone.

But, Owu has spoken highly of the ability of Nii Odartey Lamptey to excel in this position and help keep Sharks as a first tier side next season.

"Owu told Takoradi-based radio station, WestGold FM on Tuesday that Coach Lamptey will be able to steer affairs for Sharks to safety since he has good footballing brains.

"I trust in his ability to do a good job for Sharks, and, I am confident that the club will be able to keep the Premiership status for next season", Owu said.

In his first game in charge as interim coach, Nii Lamptey led Sharks to end the unbeaten away run of Asante Kotoko this season with a hard-fought 1-0 win at the Nduom Sports Stadium, Elmina to end the first round of the campaign on a high.

George Owu is part of Nii Lamptey's technical team at Sharks, helping in the goalkeeping department.

Elmina Sharks have stepped up preparations for the resumption of the season next month as they seek to keep their top-flight status.