Chelsea fans have suggested to the club to make highly rated English midfielder, Jude Bellingham a priority next summer. The 18 year old is one of the most sought-after teenagers in the market and already on the wishlist of several European top clubs. Reports from England yesterday revealed Liverpool are also one of the ardent admirers of the sensational midfielder, and were plotting a big move to snap him from Signal Iduna next summer, in a £80m deal. However upon hearing this Chelsea fans have suggested to the club must not slack in their chase for the youngster because he has all the potential to be the heir for Ngolo Kante. 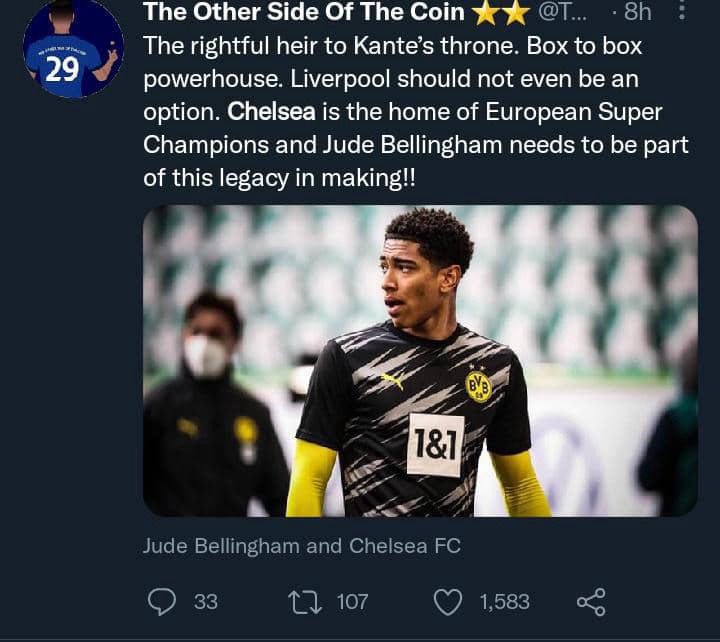 Jude Bellingham is a central midfielder, capable of playing the box-to-box role and can also improvise greatly as an advanced midfielder. The 18 year old stands 1.86m tall and also excels greatly in air balls. With Ngolo Kante six month shy of his 31st birthday, Chelsea have began searching for a long-term replacement for the French star, and would indeed be of immense help if Chelsea succeed in signing Bellingham.

Bellingham was one of the summer targets for Chelsea after their move for Westham midfielder, Declan Rice fell through, however Dortmund had zero intentions of selling the English youngster. As a result Chelsea turned attention elsewhere, eventually signing Athletico Madrid midfielder, Saul Niguez on loan and Blues might sign him permanently if he impresses, nonetheless if the club is not convinced with his spell, they would reignite their chase for Bellingham. 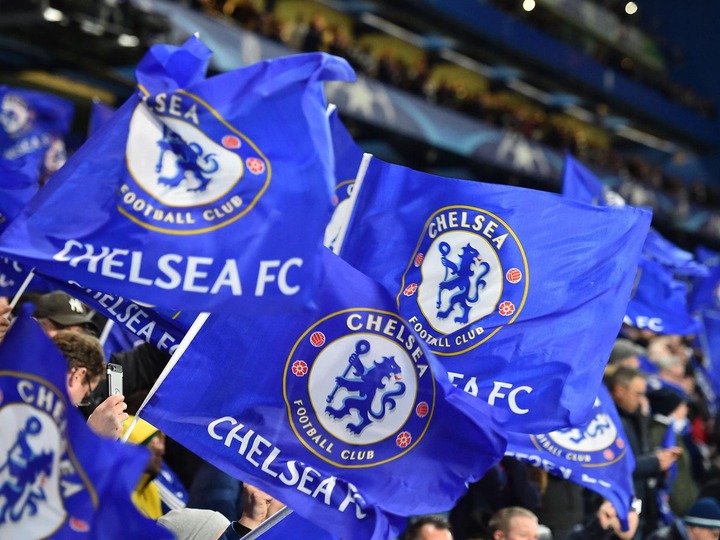 Meanwhile they will face competition from Manchester United who are also interested in his signature aside Liverpool, and the keen competition could make it difficult for Dortmund to keep the promising midfielder for another season as planned. With Erling Haaland expected to leave Dortmund next season, the club is planning to keep Jude Bellingham after this season but would prove cumbersome considering the lurking attempts from the heavyweight clubs.

Milo makes a comeback as coach of the Ghana Black Stars.