Several clubs have seen strengthening their squad ahead of the second half of this season and here are a few done deals as of January 22nd, 2022. 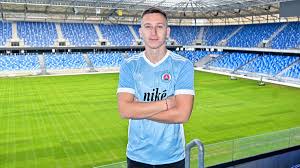 Serbia forward has been confirmed by Slovakia side - SK Slovan Bratislava from Atlético Madrid for an undisclosed fee. The 24-year-old ended his two-and-a-half spell with the Spanish side today as he flew to Slovakia for medicals. 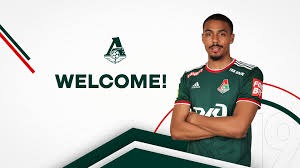 Lokomotiv Moscow in Russia has confirmed signing France teenager for a reported fee of $4M from Monaco as of today. The 21-year-old winger was raised through Monaco youth ranks and sealed a record move to the Russia outfit. He's expected to undergo medicals today. 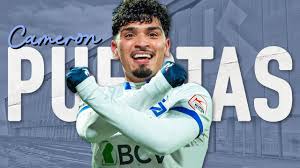 Switzerland sensational midfielder - Cameron Puertas Castro is an official Royale Union Saint-Gilloise a Belgium top-tier side player as he made a transfer move from his homeland-based team - FC Lausanne-Sport in a $1.3m deal. The 23-year-old ended his two and a half years spell with his former club with 2-goals and an assist in 16-league games this season. 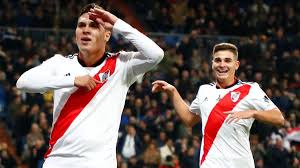 Argentine top-tier - River Plate has confirmed the signing of the former star, 29, after 3-years away from the club in a free transfer from Chine-based club - Shenzhen. The Colombian has confirmed passing his medicals today in a shock return. 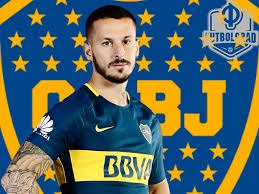 The 31 year old Argentine forward in a third attempt has signed with his former side - Boca Juniors in a $3.4m loan deal from Olympique de Marseille until the end of the season. He's however, reported to have passed the medicals and signs with his former club today. 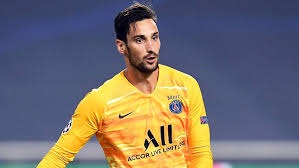 RCD Mallorca in an official post has confirmed to have signed PSG Spanish goalkeeper on loan for six months. The Spaniard left the Spanish Capital a year and a half ago from Sevilla to sign for Mallorca after being out of favor with the French side.

Senegal's 28-year-old forward has reportedly passed his medicals in a transfer move to Denmark Capital with FC Københaven after a successful loan spell with Turkish outfit - Alanyaspor from Sassuolo. The anchor player ended his 4-year spell with Sassuolo as he's confirmed a Københaven player as of today for an undisclosed fee. 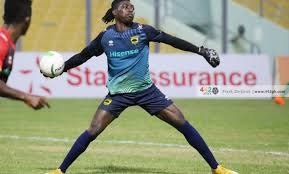 Moldovan club - FC Sheriff Tiraspol has confirmed by Club post to have signed Ghanaian in-form goalkeeper from local club Asante Kotoko SC for a reported fee of $57k. He is expected to wear jersey number one for his new club after passing his medicals.

Australian forward - Martin Boyle has agreed on a transfer move with Saudi Arabia top-tier - Al-Faisaly in a $3.9m deal from Hibernian in Scotland.

Sorriso - Brazilian winger has signed with Austra side - RB Salzburg from Homeland top-tier - Juventude for a reported fee of $1m after passing his medicals.

Marky Delgado - An USA international has trade clubs in his home from Toronto to LA Galaxy for a reported fee of $517k.

Nigerian U20 star - Yira Collins Sor, 21, is an official Slavia Praha player after a $1.4m transfer move from Baník Ostrava in the Czech Capital.

German top division - Hoffenheim has completed a loan deal for 18-year-old USA international from FC Dallas until the end of the season. 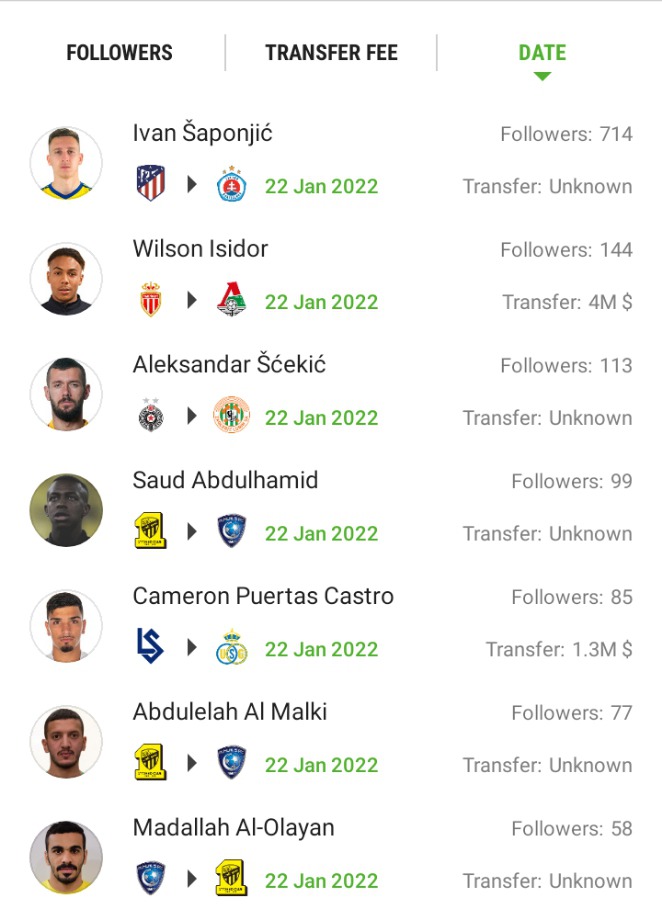 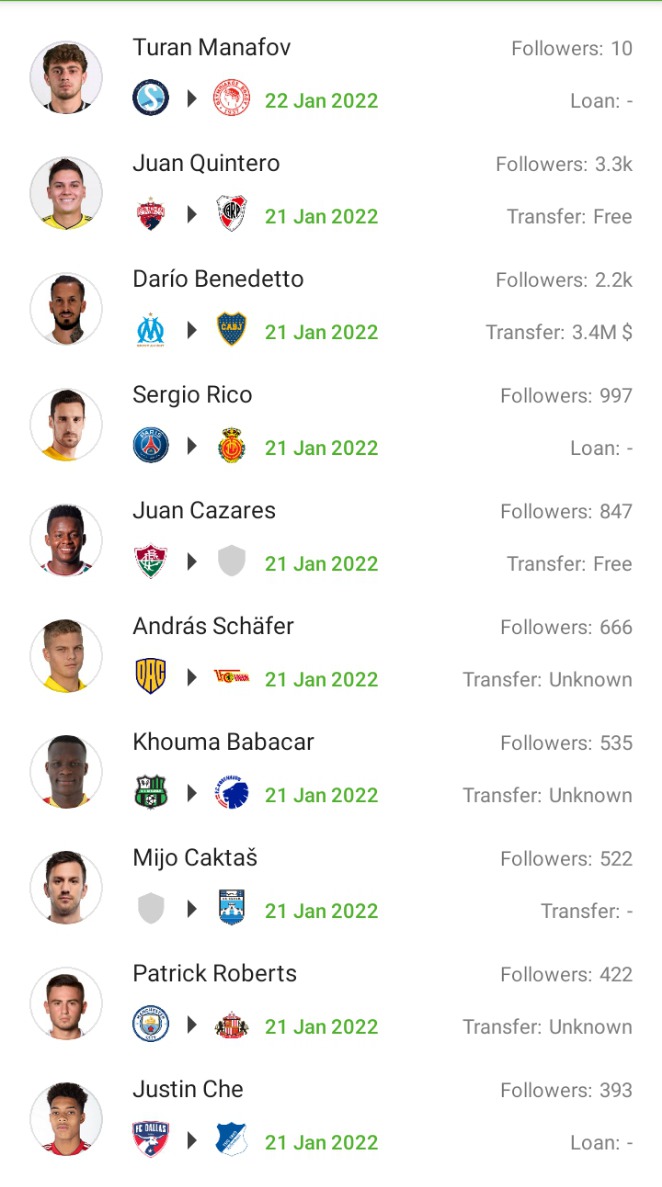 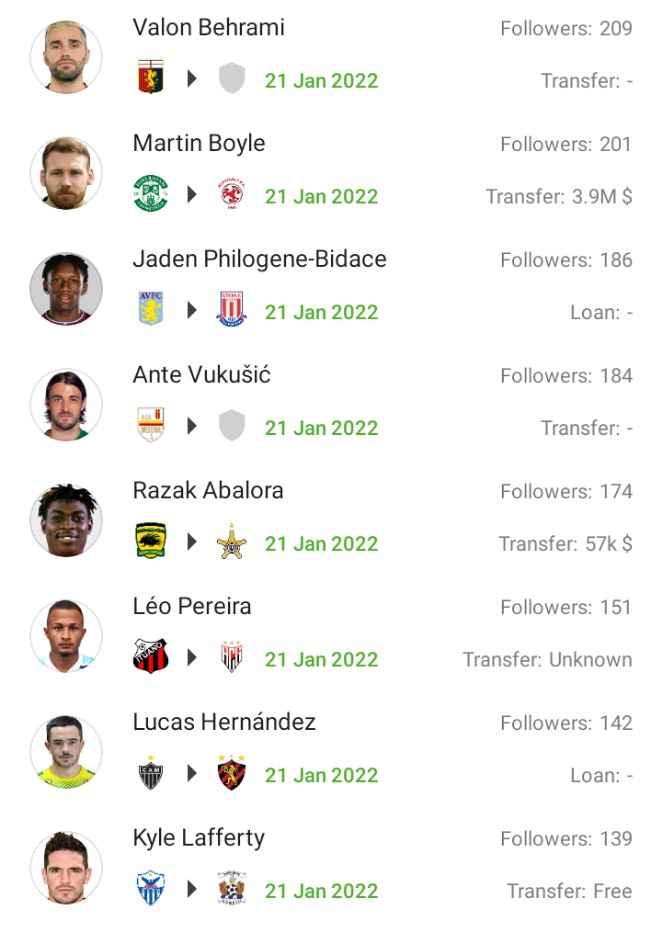