Ghanaian Players Who Had Won UEFA Champions League Trophy Since 2000.

By GregOnline (self meida writer) | 13 days

Less than a week for the football fraternity to witness the most loved competition in the world again which is the UEFA Champions League and today, we take a look at the very few Ghanaian players who had been able to win this prestigious award whilst playing for their various clubs across Europe. 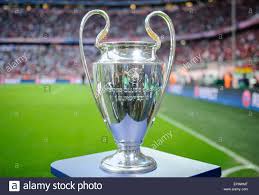 Here are the names of those players:

1. Michael Essien- The former Black stars midfielder played for Olympic Lyon in his early days in France before the current UEFA Champions League holders snapped the midfield prodigy during Jose Mario Mourinho's tenure. The former Black stars midfielder went to the competition with his club Chelsea against the then in-form Bayern Munich and Chelsea won the competition courtesy of Didier Drogba's last final kick during the penalty shootout and the rest is history. 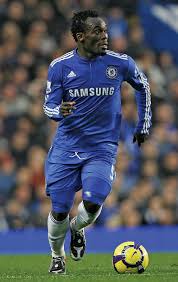 2. Sulley Muntari- Former Black stars midfielder who is also a teammate of Micheal Essien during their tenure at the National team. Former KingFaisal player was signed by the then Inter Milan Coach Jose Mourinho from English side Portsmouth to help boost their midfield as he noted for his aggressive style of play.

During Muntari's era at Inter Milan, he helped them scope almost every trophy from their domestic competitions before went further to help them win the UEFA Champions League trophy against Pep Guardiola's Barcelona then times. 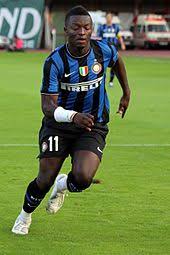