807 Goals To A Player. A Superhuman

By Primetime (self media writer) | 8 months ago 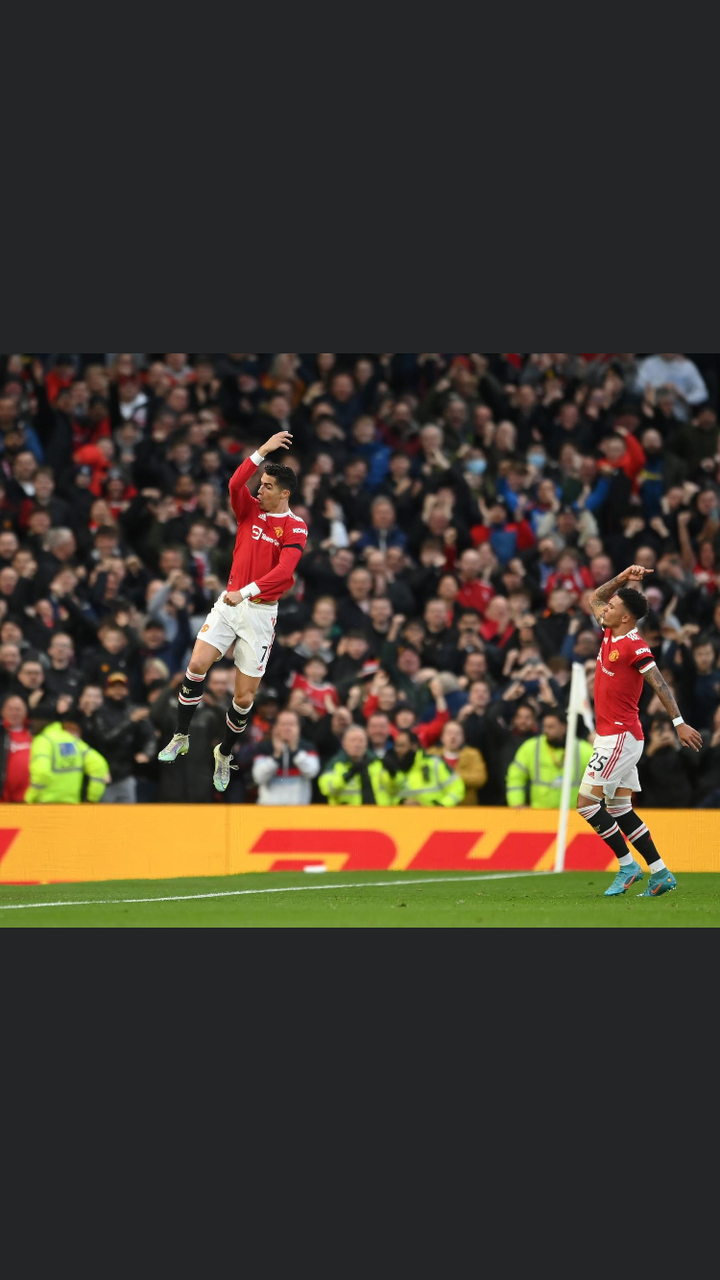 Manchester United sat home to a clash against Antonio Conte’s men, Tottenham Hotspurs at the Theatre Of dreams in greater Manchester at 17:30 GMT.

The much anticipated clash came off and within 12 minutes of play, United led with a goal courtesy the former Real Madrid and Juventus talisman, Cristiano Ronaldo after a back flip from Fred.

Ronaldo, the 37 year old then shot from 35 yards to score a brilliant goal.

The intensity of the game grew higher when Tottenham had the equalizer from Harry Kane through the sport-kick.

Before the break, Manchester United came back to lead after Cristiano Ronaldo’s tapped in from a short cross from the Englishman, Jadon Sancho. At first half, United led by 2:1.

An impressive second half pressure from Tottenham saw United’s defense wide opened Tottenham cuts in with crosses. Eventually, captain to the Red Devils, Harry Maguire scored and own goal to make it two for each.

Drama, Cristiano Ronaldo made it three after a well swung corner from Alex Telles met the Ronaldo’s and he headed in to give United a third time comeback to finish the game by 3:2 in favour of the Red.

Records and Ronaldo, they say, are inseparable. The 37 year old has in all 55 hat-tricks to his name in all competitions. Plus, he held the record of most goals in football history with 807. He is just Superhuman. An incredible man football has ever seen.