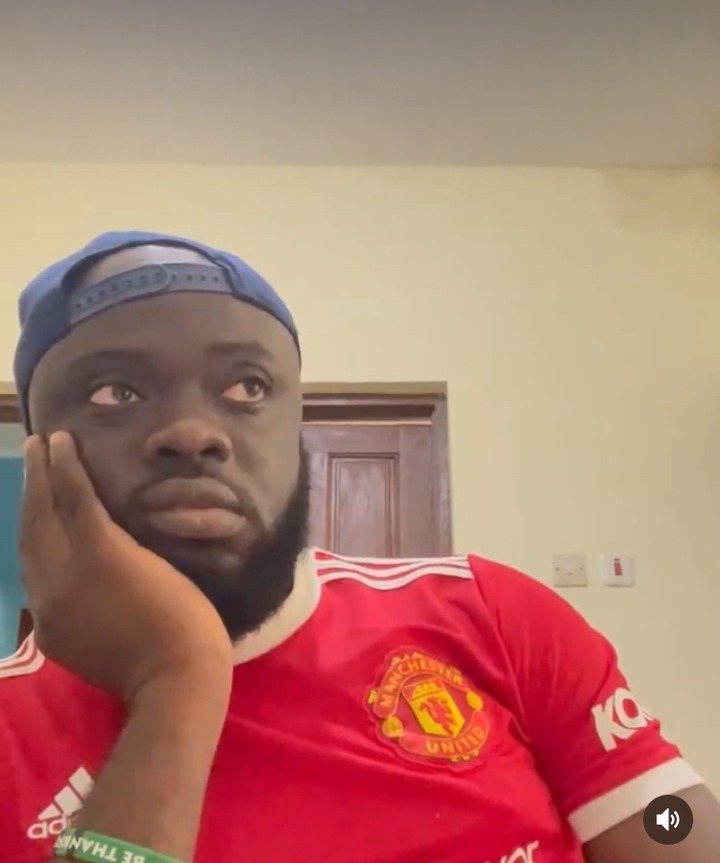 Manchester United's start to the season has gone from bad to worse. The earth shook in the suburbs of London yesterday! And for good reason, while the club had never scored four goals in a single Premier League game in its entire history, Brentford inflicted a beating on Erik Ten Hag's Red Devils with a score of 4-0!

The Bees were already leading on this score at the break after goals from Dasilva (10'), Jensen (18'), Mee (30') and Mbeumo (35') on well-played shots and especially big mistakes from the defense Mancunian and De Gea. The scoreboard failed to move after the break and Manchester United conceded their 2nd defeat in 2 Premier League games this season.

While De Gea was to blame for the first goal in particular, mistakes from Cristiano Ronaldo and Christian Eriksen were also partin United’s collapse.

As always expected from social media, the troll came in. Fans of Manchester United felt disgraced and had to pour out their feelings out there. Without exception, committed celebrities were also involved in the reactions received on the media. In Ghana, we all have heard certain celebrities that do not joke when it comes to Manchester United’s performance in every single game. Names such as Nana Aba, Kwadwo Sheldon, Serwaa Amihere, Kuami Eugene, Kofi Kinaata, M.anifest, amongst others, are names that come into mind when Man U is mentioned. Following their bad to worse performances we’ve all encountered from the team over a few days ago, these celebrities have also joined the troll and are being mocked at. A perfect example was Kwadwo Sheldon, when his followers laughed at him for welcoming such a bad performance from his very own. As for Nana Aba, we don’t know her whereabout. Since the game ended yesterday, she hasn’t been able to come out to express her feelings. Perhaps, she might have been broken as well.

See below some comments netizens made under Kwadwo Sheldon’s disappointment post yesterday: 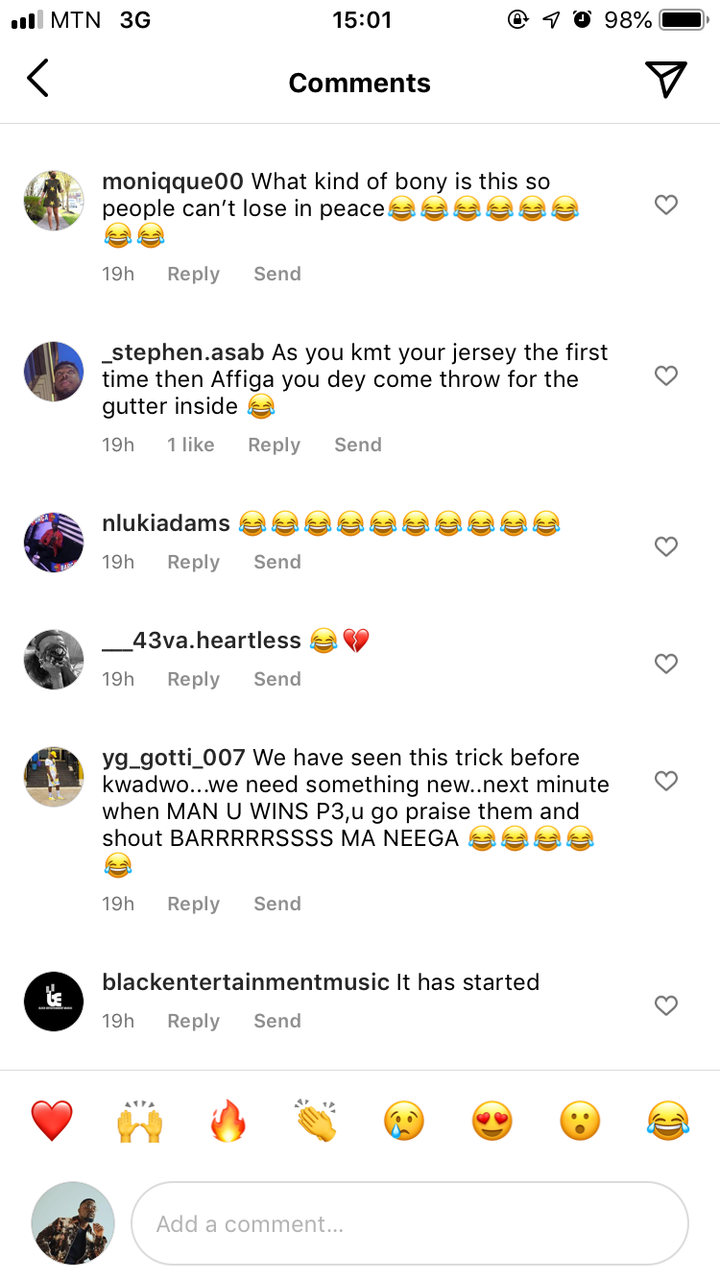 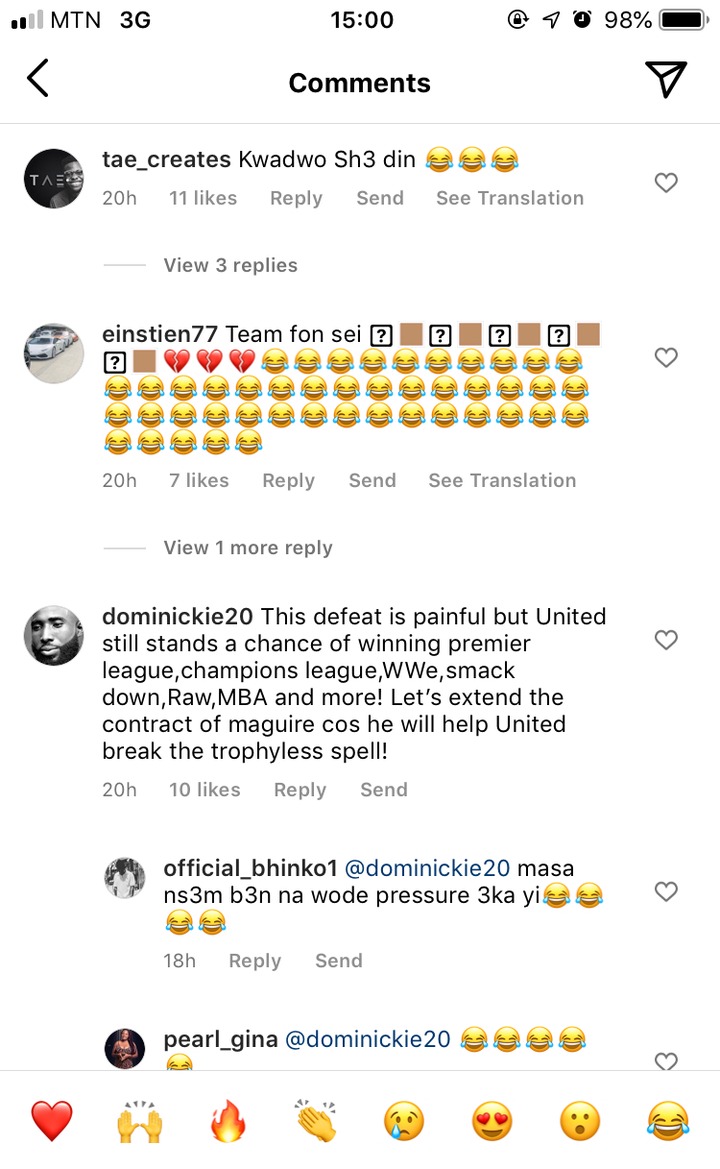 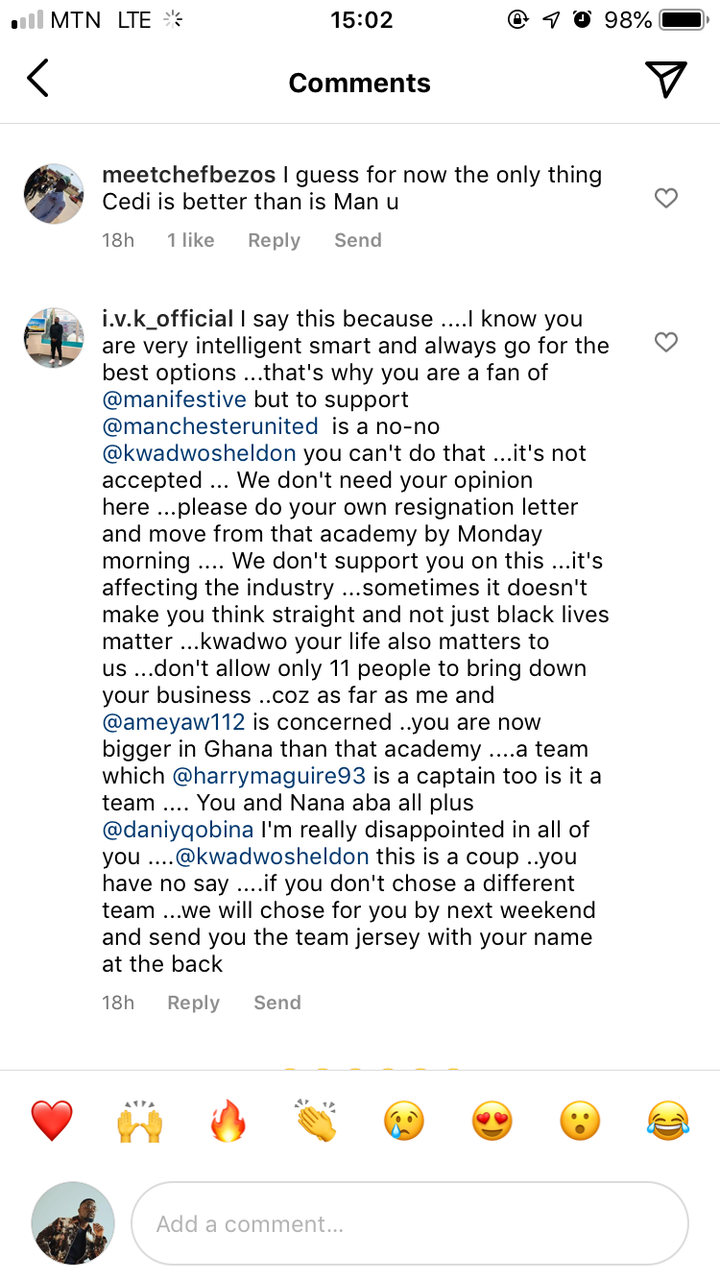