Former Kumasi Asante Kotoko star, Godfred Yeboah has been buried in the Ashanti region today. Yeboah, who was nicknamed ‘TV3’ by the staunch followers of the club died after some health complications.

Those who saw him play attributed his nickname to his style of play. In the early 2000’s when TV3 network was fairly new in the country, they were praised for the picture quality during transmissions.

The followers of Asante Kotoko, seeing how beautiful Godfred played, especially with his timely tackles which were often incident-free decided to give him that name to show how ‘clean’ his play and also his tackles were.

For his hard work, he had a stint with the senior national football team, the Black Stars.

Worth mentioning was the manner of his funeral. His remains were draped in Asante Kotoko jersey and made to stand. As if that was not a spectacle enough, his coffin was also designed as a football boot. 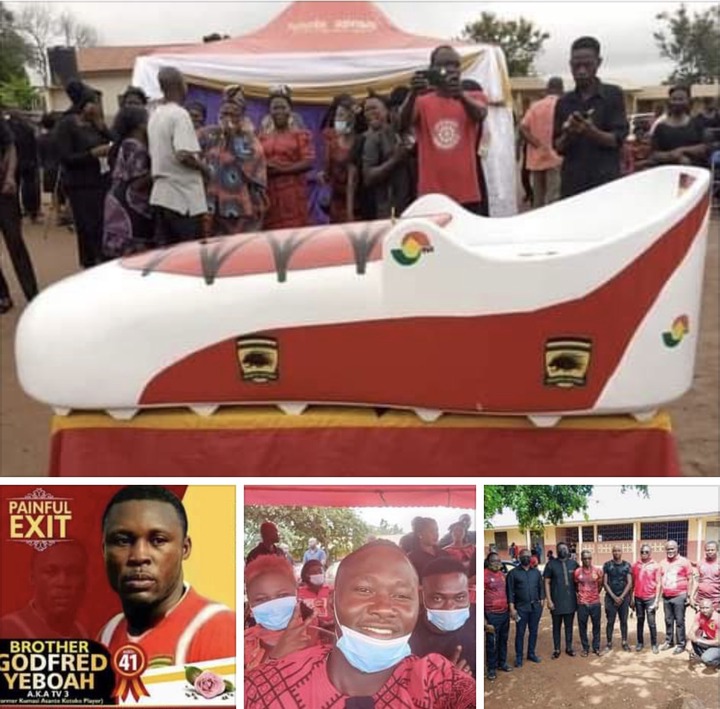