How it all started with Edouard Mendy: The Journey To The Champions League Finals

By Kofijoel (self meida writer) | 23 days 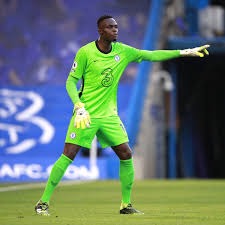 Edouard Osuque Mendy is a Senegalese born international.He was Born on 1st March 1992 in Montivilliers (Seine -Maritime, Normandy) in France. The goalkeeper has established himself as one of the best goalkeepers in both the English Premier League and UEFA Champions league and no one can deny the fact that, he is currently the best in Europe .

Edouard started his youth career in with Le Havre in 1999 and spent almost tens years there. He joined Cherbourg in 2011-2014 and later made movement to the B-side of olypmpique Marseille from 2015-2016. He started his professional career with Reims in 2016 and later moved on to Rennes in 2019-2020.

In 2020, he joined the the London club Chelsea. He is the currently the first choice goalkeeper for the blues after establishing himself and denying Kepa off his formal position. He has kept 16 clean sheets this season in alone in the English Premier League man's has 7 clean sheets in UEFA Champions League this season( most kept by a goalkeeper in the Competition). He is an assertive goalkeeper , frequently coming off his line to claim crosses. He is very vocal, often organizing his defenders. 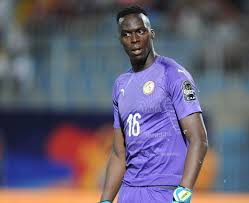 Edoaurd was eligible to represent Senegal, Guinea-Bissau and France . His father is from Guinea Bissau so he joined Guinea but later switched his allegiance to Senegal. He is the cousin for Real Madrid left back Ferland Mendy. He is yet to win a trophy at both Chelsea and Sengal after being a runner up in AFCON 2019 and this year's F.A cup.

Champions league final awaits him and we pray he gets the best of luck on that day.

Content created and supplied by: Kofijoel (via Opera News )

Euro 2021 : All Fixtures, Venues, And Kickoff Times You Must Know