EURO 2020 team of the tournament. Jorginho, Maguire and Sterling included

By Raysportz (self meida writer) | 12 days

The team of the tournament was released today as players who did extremely well got their recognition. 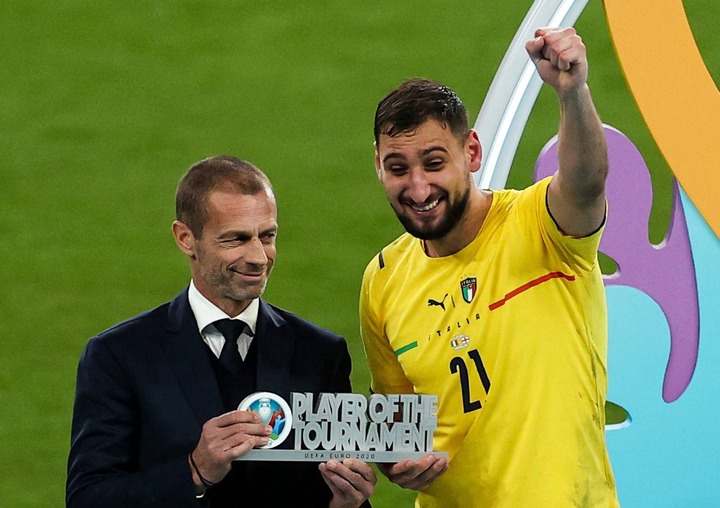 The Italian National team goalkeeper Donnaruma didn't really have a busy tournament from the beginning but he proved his qualities at the end of the tournament. He was solid at the back and his team was confident in him. He conceded only two goals in the tournament and also saved two penalties in the finals as Italy defeated England. He was awarded the player of the tournament.

Defenders- Coufal, Bonucci, Harry Maguire and Luke Shaw. The highest rating obtained by a defender during the entire competition is 7.62 which was attained by harry Maguire. He played so well to take England far. 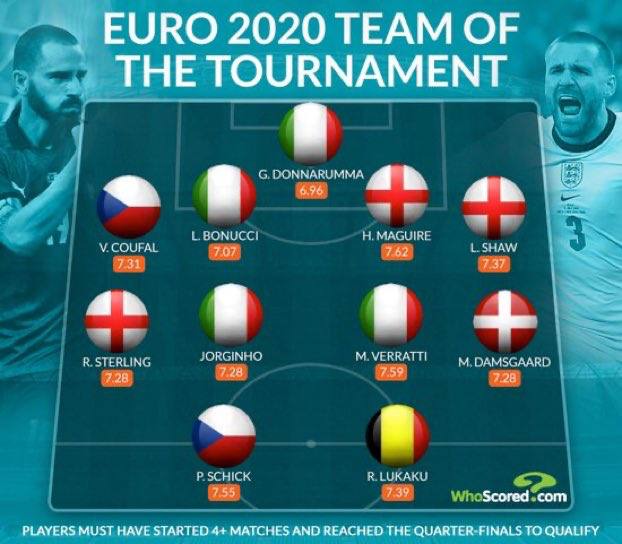 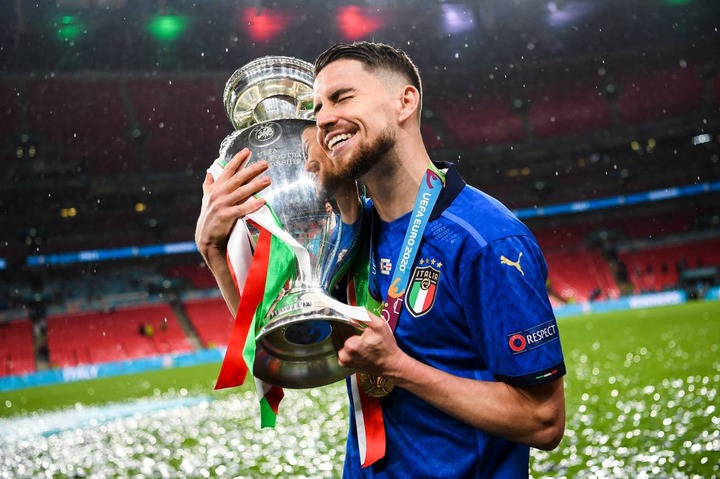 Jorginho for ITALY at EURO2020

◉ Most passes into final third (72) 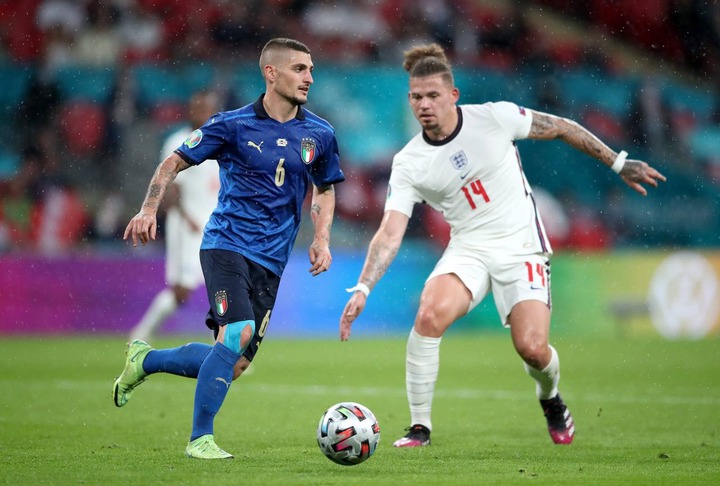