By Spanio (self media writer) | 1 year ago 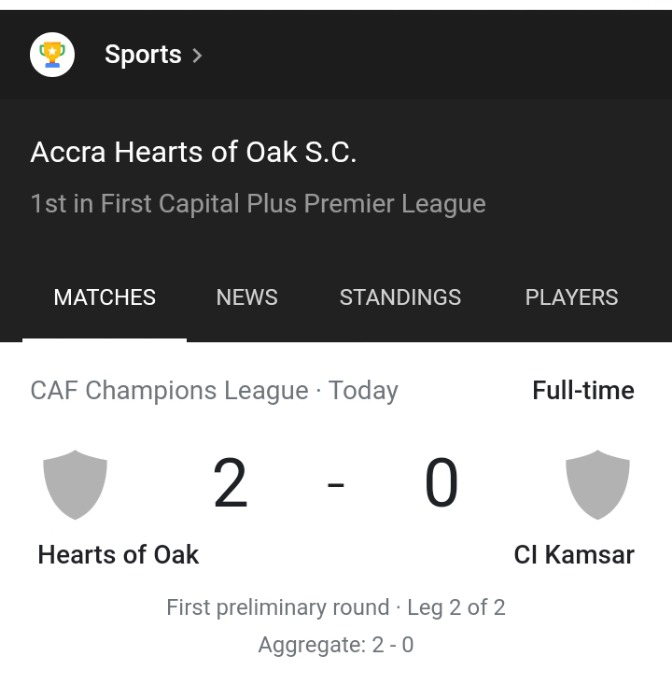 The Ghana League Champions Accra Hearts of Oak had sufficient two late strike from the Kofi Kodzi and Salim Adams, after having seen their Guinean opponent, CI Kamsar, at the Ohene Djan Stadium in Accra, in the next rounds of CAF Champions League qualification for their position. In the next round of the competition, Hearts is now facing Morocco's WAC. 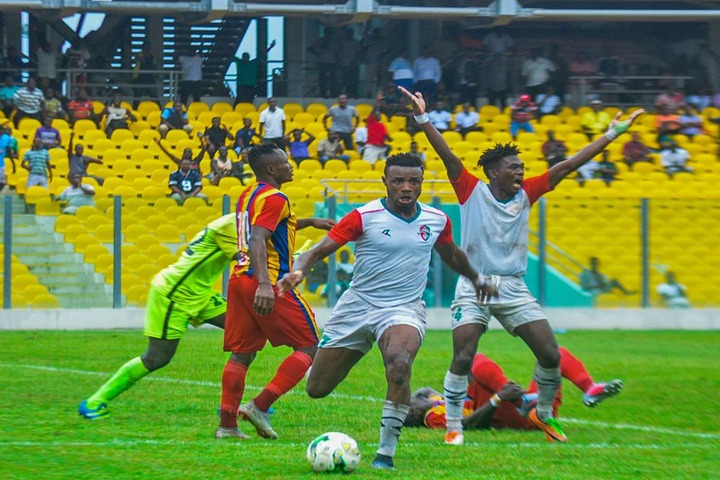 In the preliminary round of the continental showcase, the Phobians face the Guineans in a one-off match at the Accra Sports Stadium.

First-choice goalkeeper Richard Attah has kept his place between the sticks, while fullbacks Abdul Fatawu Mohammed and Congolese international Raddy Ovouka have been favored.

Caleb Amankwah has overcome an injury to earn a starting spot in the midfield, where he will be partnered by Frederick Ansah Botchway and Emmanuel Nettey.

The winner of this game match will advance to the next round to face Moroccan giants Wydad Athletic Club.

Below is the starting lineup: 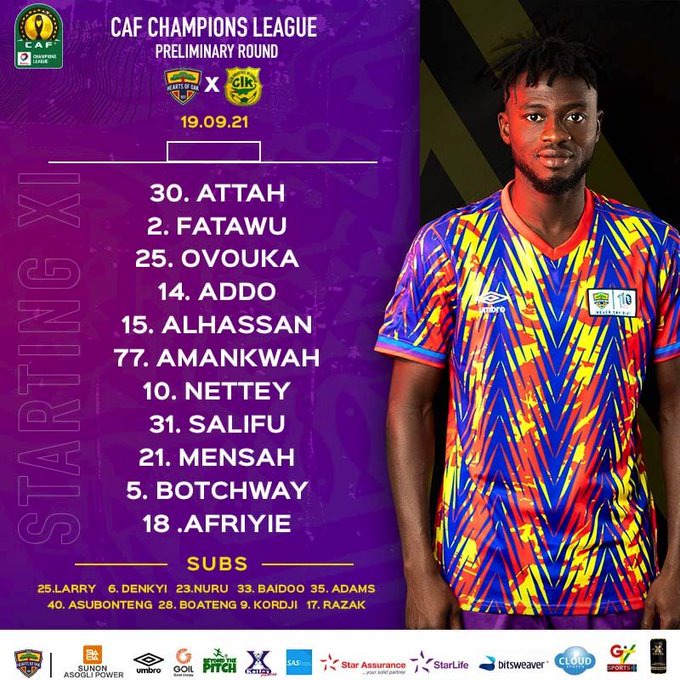