Laryea sealed the transfer to the Ethiopian giants in the Premier League where he signed a one year deal after passing medicals. The 31 year old became a free agent after leaving a Japanese club Ococias Kyoto 2021 following his expiration of his contract.

Laryea moved to Japan in February 2021 after the cutting ties with Ethiopian side Dire Dawa City when his contract elapsed. The defensive midfielder left Hearts in November 2017 after rejecting an offer extension when his contract expired.

In 2019/20 Laryea made only 24 appearances for Ococias in all competitions scoring twice and assisting twice in the process.

Laryea began his career at Dragon FC in 2008. He joined Aurorus (Hearts of Oak Junior) in 2010, where he later joined the senior team Heart of Oak in 2012. The Phobians are now looking for young talented fresh Limbs to start tackling the matches both in the league can’t Champions league matches. 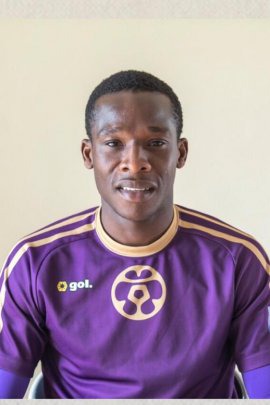 Most of them are well placed in the teams culture and traditions. Only some faithful veterans will be allowed to join the team back from their successful career.