Asante Kotoko have extended their unbeaten run following a 2 - 0 win over Eleven Wonders tonight. They now sit at the scalp of the table with 12 points.

Samuel Boateng and Isaac Oppong got the two goals for the league leaders.

Eleven Wonders get the first foul of the night and it's not too far off the box. Isaac Kwain took it and goalkeeper Razak Abalora was there to grab it. 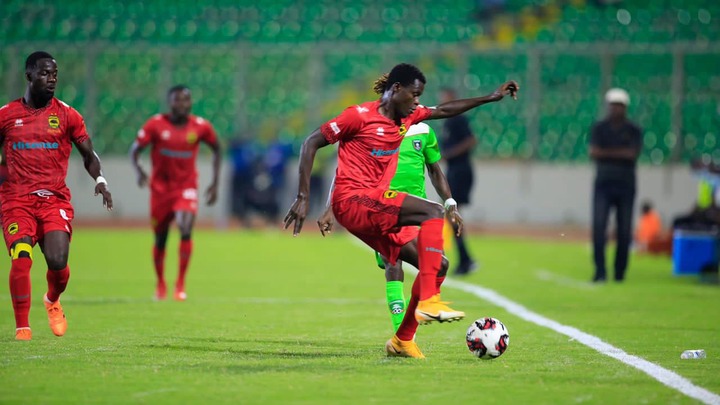 Foul for Asante down the right side of attack as Isaac Oppong is pushed off the ball.

Christopher Nettey teases the opponent with a cutback pass from the resultant kick. Lamptey goes for a straight shot and it's a whisker of the post.

Abalora with a beautiful save as he palms Ganiu Abass' close-range shot to corner. The resultant kick is checked and now we can break.Isaac Oppong is pushed off the ball, but the referee ignores the call for a foul as Clement Boahene plays through Tetteh Norteh whose shot wide as he is flagged offside.

Isaac Kwain (Wonders) loses his footing as Lamptey does well to win the ball, but the attack is cut short by the referee who has given a foul against us. 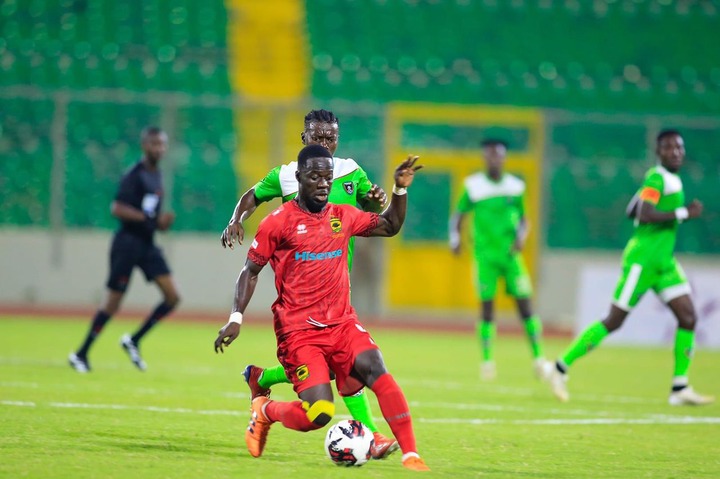 Asante Kotoko later took charge of the game weaving accurate passes across the field in a patient buildup in search of the opening. A goal may not be too far off from now.

Fabio Gama plays through Isaac Oppong and our player with a chance to score, chooses to find Boateng but the ball is intercepted and cleared.

Mudasiru won the ball halfway into the Wonders area and pass Lamptey who also extended it with a first-time touch to Boateng. The striker controlled the ball with his left foot, shrugged off a challenge by a marker before hitting it home.

Asante Kotoko had a free-kick at the left side of the attack. Imoro shoots it straight and the goalie has made an uncomfortable save. It goes to corner but the kick is wasted.

Isaac Oppong goes after Abalora's long kick into the box, but fouls Isaac Kwain in the process. A foul is awarded to the visitors but Kwain isn't satisfied. 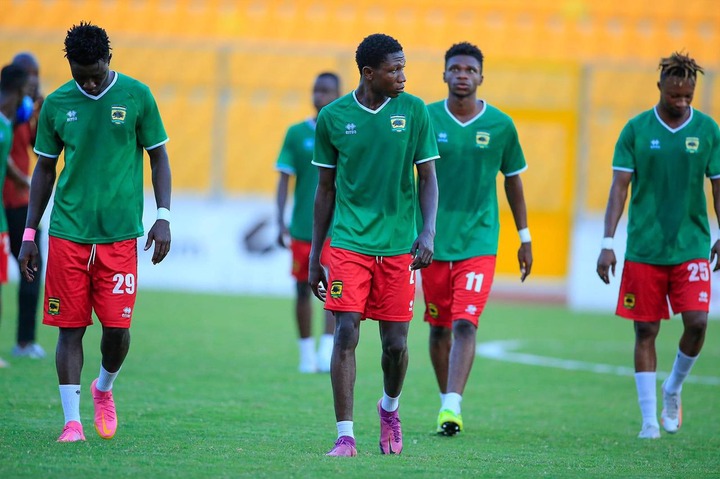 Boateng breaks from the middle and shoots as he enters the box. Sadly, the ball is intercepted to corner.

Christopher Nettey feeds on Fabio Gama's sweet pass but is stopped by Perry Addison with a tackle. The player gets escapes with a yellow card.

Fabio Gama gets the fans shouting 'goal' and clapping their hands at the same time as he forces a decent save from the Wonders keeper with a beautiful long-range shot towards the top right corner. 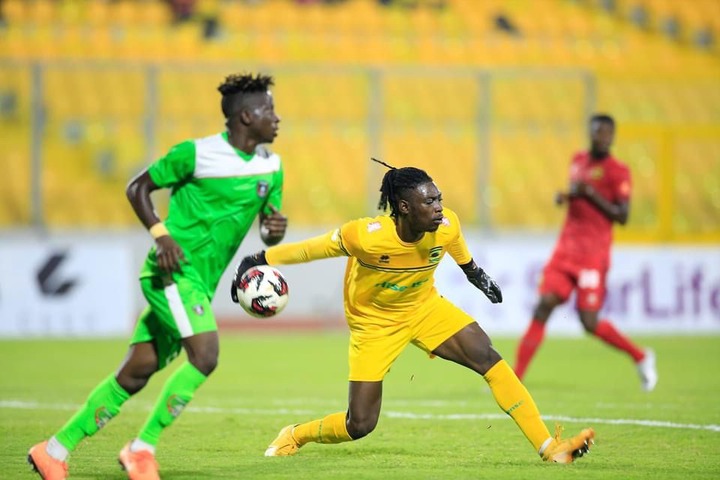 Isaac Oppong picks the ball halfway into the Wonders area and goes around his marker with a dashing run into the box. The keeper anticipates a cutback pass but the player is cleverer and bends it into the far post. That results in a goal.