Chelsea, scored in either half of this afternoon's encounter played at the Accra Sports Stadium in this Group B game to all but progress to the semi-finals of the competition.

The G6 pre-season tournament is being organized by the mother body of football clubs in Ghana, (GHALCA), to get the participating clubs in shape for the start of the new football season.

The next football season in Ghana will begin in September with the start of the 2022/23 GPL campaign. 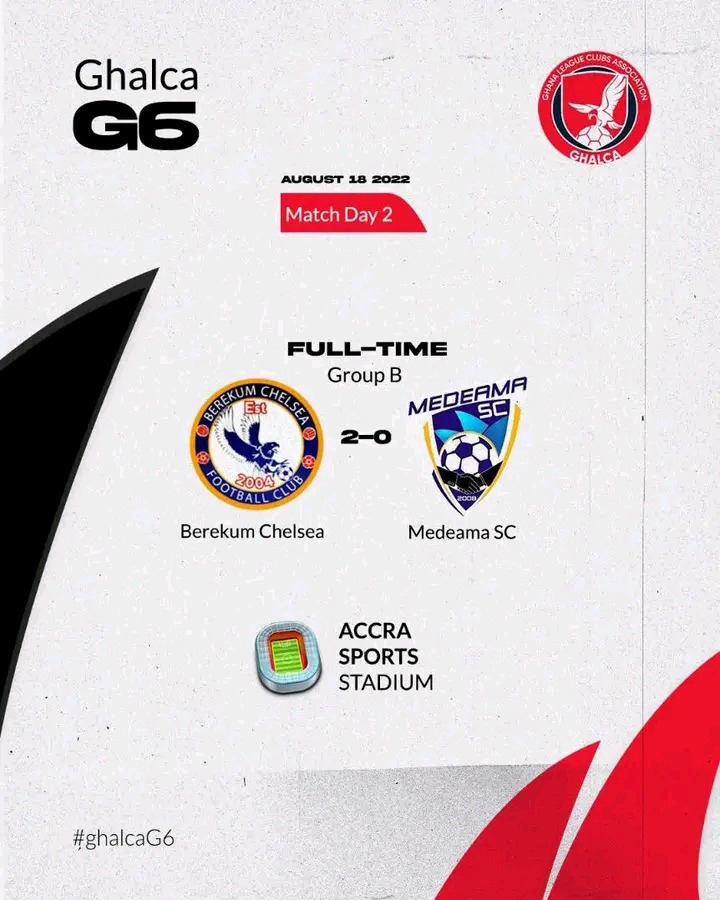 And, today, Berekum Chelsea showed why they started their pre-season rituals early with a dominant display over a Medeama SC side that looked short on confidence in the capital.

Goals in either half by Haruna Shaibu and Mizak Afriyie, won the day for Berekum Chelsea who will play their last group game of this competition against Accra Hearts of Oak next week.

The Phobians will open their account in this pre-season tournament against Medeama SC on Sunday at the Accra Sports Stadium.

Earlier on Wednesday, Bechem United defeated Accra Great Olympics 5-4 on penalties in the opening game of the competition after their 90 minutes encounter ended goalless at the Accra Sports Stadium.