The Porcupines will welcome Berekum Chelsea to the Baba Yara Stadium in Kumasi as they chase a 17th win of the campaign.

And ahead of this fixture, the Porcupines have served notice of the rates to be charged at the gates before entry.

In a release posted on their media channels, they have announced that a ticket for a seat at the VIP Stand will sell at GHc60 as Kotoko seeks a first victory over the Berekum club this season after playing out a goalless drawn game in the first round of the campaign. 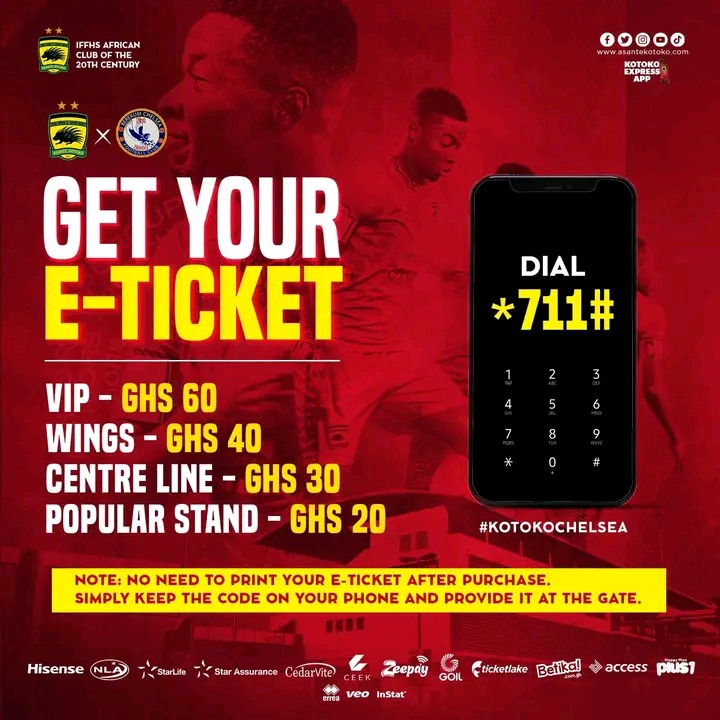 The release also announced that a ticket for a seat at the Wings of the Baba Yara Stadium for Sunday's game will sell at GHc40 with the game expected to kick-off at 3:00pm local time.

The Centre Line tickets will sell at GHc30 as Kotoko goes for the first of the three victories they need to win this season's championship.

A flat rate of GHc20 will be charged for entry to the Popular Stand of the stadium with Asante Kotoko expecting a huge turnout from their fans as they chase the three points.

Fans hoping to be at the Baba Yara Stadium on Sunday to witness the game, can purchase a ticket via remote by dialing the shortcode *711# and follow the directives to get a ticket.

With six matches to play on their part before the GPL ends, Asante Kotoko leads second placed Bechem United who have played a game more by eight points and, they are the bookmakers favourites to win the diadem at the end of the campaign.

Abdul Gazale has confirmed that Kotoko will hold their first justify to select 25 Academy players.