Had an improved minute last week - climbed off the bench to mark his first goal of the season for Ajax as they cruised 4-0 against SC Cambuur in the Netherlands Eredivisie division - Ghanaian midfielder Mohammed Kudus finally made his long-awaited start today. 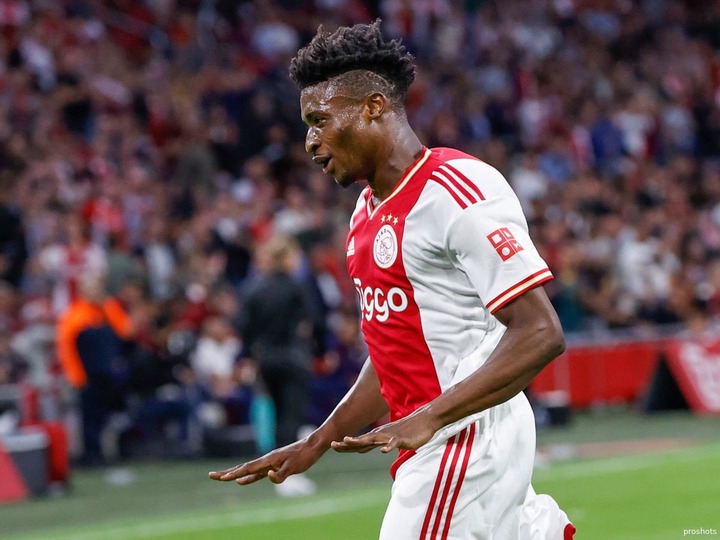 In the opening game of the UEFA Champions League campaign, the 22-year-old made the starting lineup of Alfred Schreuder's team for the first this season and in the aforementioned competition and was one of the few players that shone, although introduced to a new position.

Kudus played with a heartfelt moment as they defeated Scottish giants Rangers from home on a 4-0 score-line. A versatile midfielder, he played the role of a striker at the expense of Brian Brobbey, and was fierce - came up with a goal and an assist alongside a rating of 8.3, only teammate Steven Berghuis had the highest -8.8 after the match. 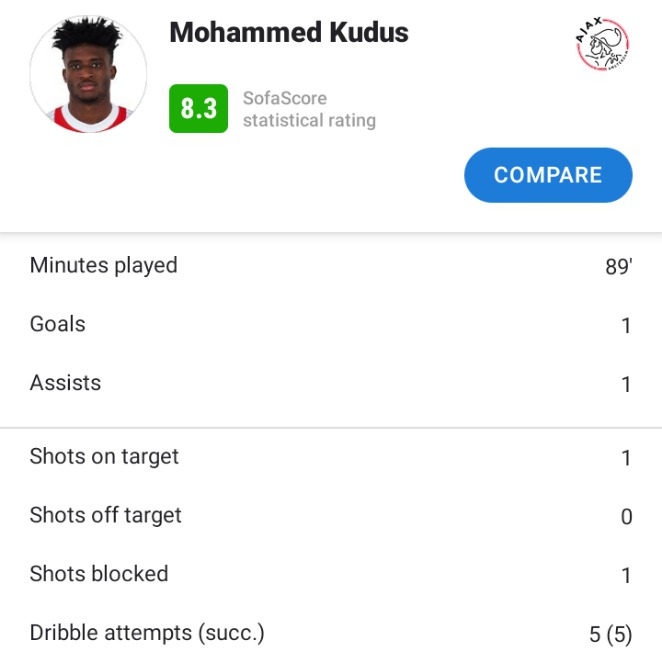 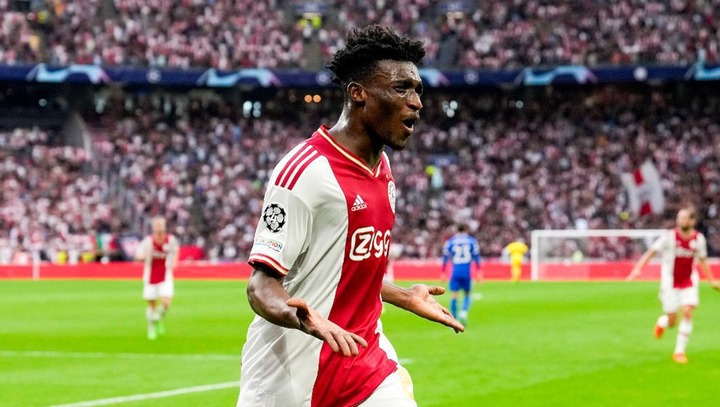 In another scene, international mate Abdul Fatawu Issakaku was an unused substitute for Portuguese giants Sporting CP in their 3-0 victory against Eintracht Frankfurt from away.