By Abdul-Jalilu (self meida writer) | 28 days 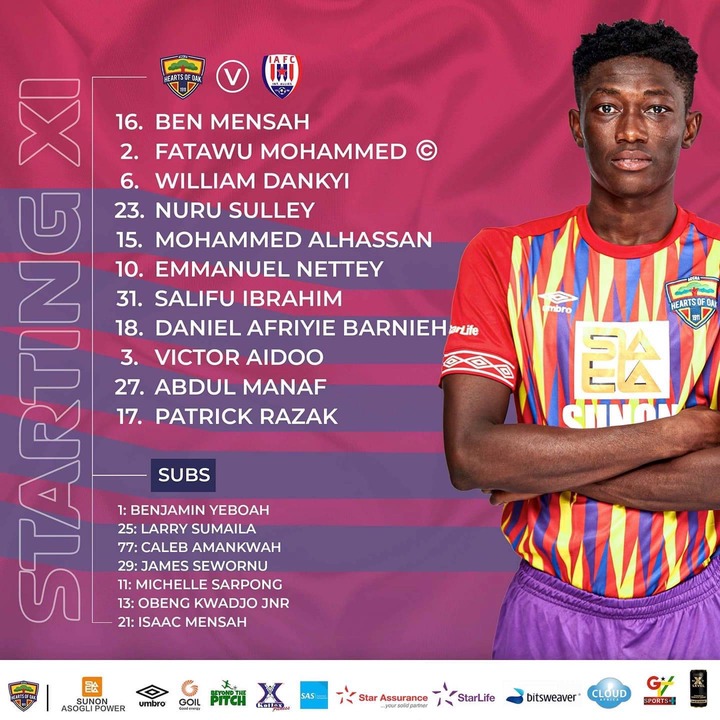 A lone goal was enough to seal all points for Accra Hearts of Oak over Inter Allies in a week 20 league match at the Accra Sports Stadium.

Coach Samuel Boadu and his players kept their title hopes alive after Daniel Afriyie Barnieh tapped in a Fatawu Mohammed’s cross before half hour mark in the first half.

Accra Hearts of Oak and Inter Allies began the contest with high intensity, to avoid any late drama.

Emmanuel Nettey unleashed a powerful drive in the early minutes of the game but goalkeeper Rashid Seidu of Inter Allies was alive to save the ball.

Hearts kept their heads high to search for the opener, leading Fatawu Mohammed to make a goal bound move but goalkeeper Rashid dealt with it bravely.

Inter Allies announced their presence with a quick pass to get to the last third of the pitch but Nuru Sulley and Mohammed Alhassan kept the defence tight to keep the scores goalless.

Play became even for both sides as the hustle for win continued.

Pressure from Accra Hearts of Oak coerced Inter Allies to cave in for the opening goal through Daniel Afriyie Barnieh. The build up of play to the goal confirmed how Accra Hearts were high on the field.

Few minutes later, Victor Aidoo fancied his chances for the second goal but was denied by Rashid Seidu.

The two sides picked up from where they left off in the first half, with Accra Hearts of Oak keeping their daring display.

Play was altered by both teams, becoming the battle of midfield.

Inter Allies pushed upfront for parity but Fard Ibrahim and Richard Arthur misread each other to allow the chance fell apart.

Manaf Umar was on the verge of doubling the lead only to miss target from close range.

Few minutes away from the closing time, Accra Hearts of Oak resurfaced to enjoy a complete possession of the game, making incursions in the opponent’s half.