By Edwin.S (self media writer) | 7 months ago 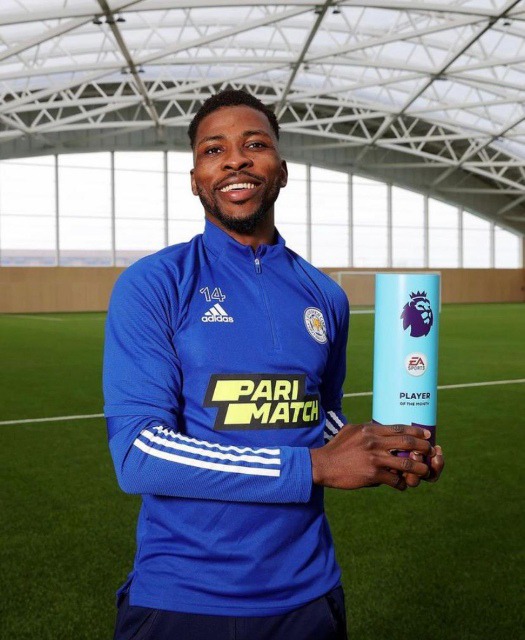 After a hot streak in front of goal for his side Leicester City FC, Nigeria's Kelechi Iheanacho has been named the player of the month for March. He has formed a formidable strike partnership with his fellow teammate Jamie Vardy and they both have been lethal infront of goal in the past month.

Despite extremely good performances from the likes of Kevin Debruyne and Riyad Mahrez of Manchester City, Bruno Fernandez of Manchester United, Kelechi Iheanacho beat off stiff competition to win the award with numerous goals including a hatrick in the past month.

His performances has earned him a new contract at his current side Leicester city where he'll be plying his trade for a long time to come, hopefully. 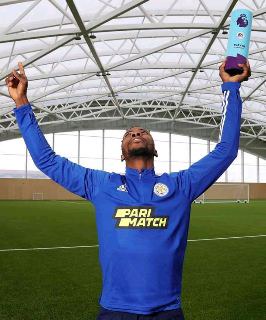 Leicester City remain in contention for the second spot and one of the qualifying spots for the prestigious Uefa Champions League. They take on runaway league leaders Manchester City this weekend in a crunch tie.

On receiving the award he thanked his teammates for their invaluable contributions towards this success. 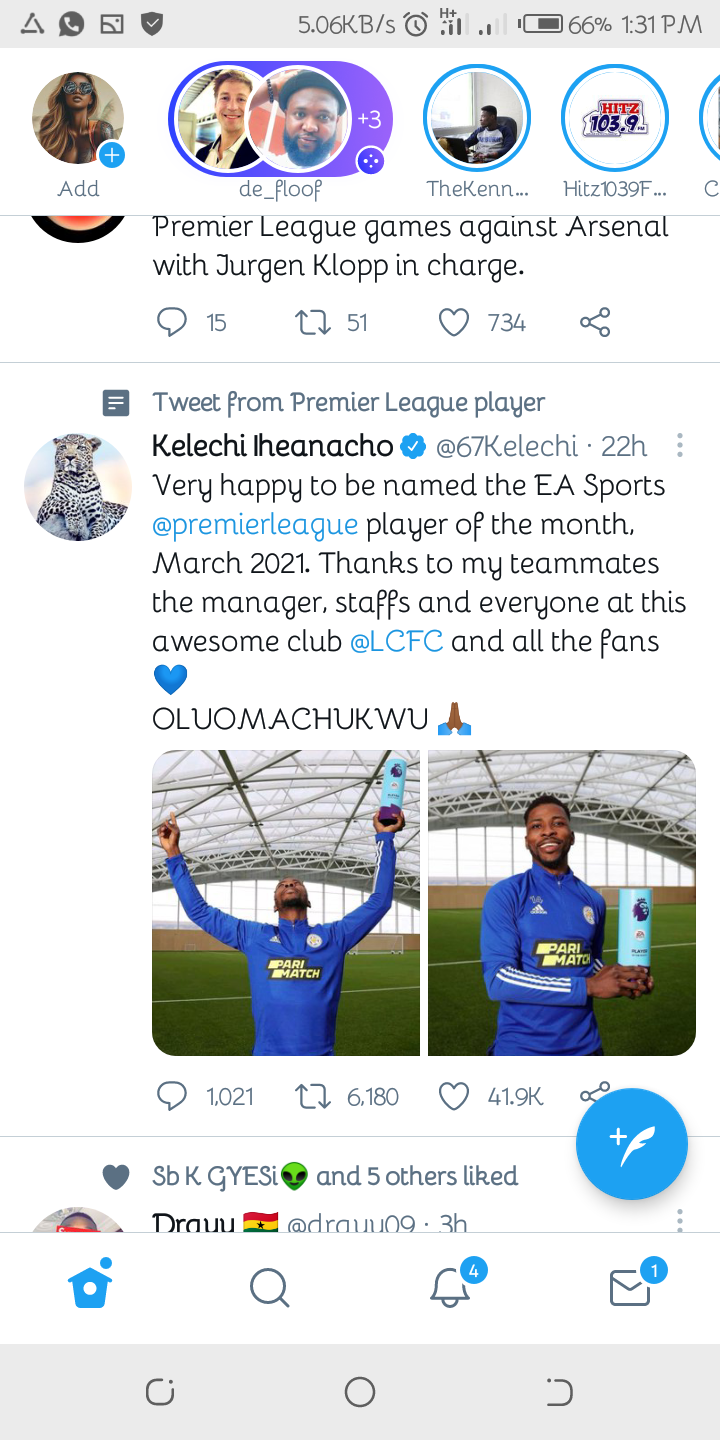 We wish him many more successes in his playing career.

Content created and supplied by: Edwin.S (via Opera News )