Breaking News; An African Footballer Who Scored A Hat Trick In The UEFA Champions League Today

By Agyenkwalatestnews (self media writer) | 3 months ago

Some many African professional footballers who play football in Europe has been scoring a lot of goals this season, both in their leagues and the UEFA Champions League as well.

Football players like Sadio Mane, Mohammed Kudus, Kamal Sowah, Mohamed Salah and many others have scored goals in the most valuable football tournament in Europe called UEFA Champions League.

Interestingly, today Mohamed Salah has scored an incredible goals in a short period of time in the UEFA Champions League. Mohamed Salah is an Egyptian professional footballer who plays as a winner for the English premier league club Liverpool. 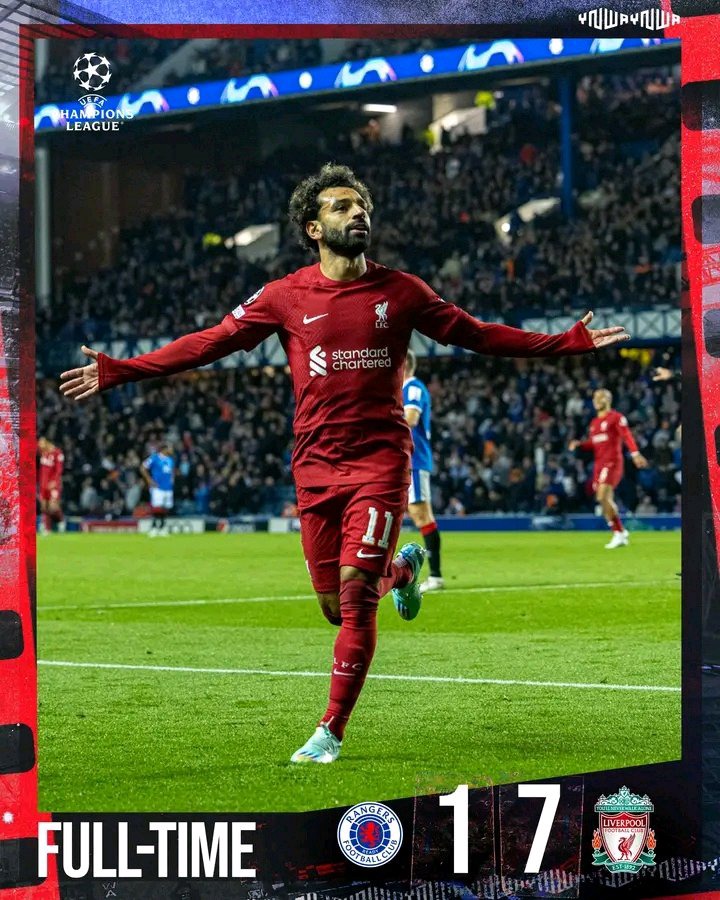 In today's Champions League match that Liverpool football club played against Rangers football club in Ibrox stadium, Mohammed Salah scored a hat trick before the match came to an end. He scored his first goal on the 75th minute, and within exactly five minutes, he also added another goal making a brace on the 80th minute. Then just after the celebration of the 80th goal, Mohamed Salah scored a hat trick on the 81th minute.

What is your take on the performance of the Egyptian professional footballer who plays as a winger for Liverpool football club?