It was a weekend of interesting reactions in the Ghana Premier League, GPL as the competition continued with the Matchday 31 fixtures.

Leaders Asante Kotoko were in good form as they recorded their 17th win of the campaign to keep their chase of a record extending 25th title title on course.

There were only two wins recorded in the eight matches played this afternoon as clubs sought to establish their positions on the table as the season heads to a close.

Asante Kotoko won 2-0 away at Tarkwa against Medeama SC to extend their lead at the top of the stairs to nine points as they seek a record extending 25th league title. 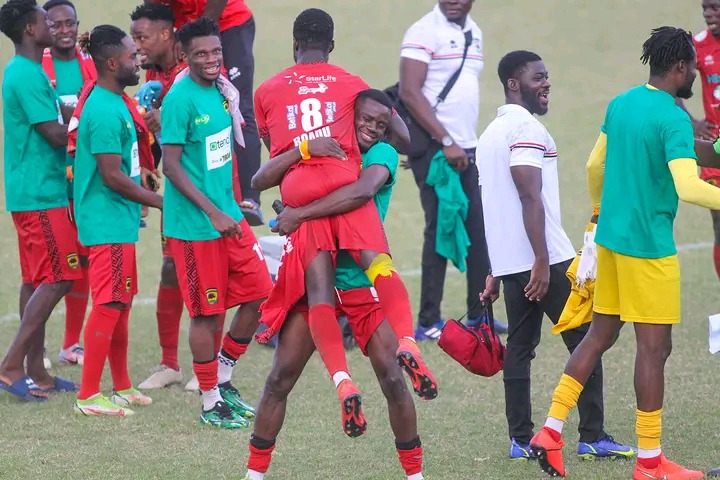 In other games played this afternoon, Berekum Chelsea posted an emphatic 3-0 victory over bottom side Elmina Sharks at home to keep their hopes of ending in the top-four alive.

Legon Cities drew 1-1 with Bibiani Gold Stars in a game played at the El-Wak Military Sports Stadium in Accra as did Great Olympics who took a point away at King Faisal Babes as their game ended 1-1 at the Baba Yara Stadium in Kumasi.

Relegation strugglers WAFA drew 1-1 at home to Bechem United in their game at Sogakope with the game between AshantiGold SC and Accra Lions ending 2-2 at the Len Clay Stadium at Obuasi.

The GPL Matchday 31 encounters will conclude on Monday when Accra Hearts of Oak plays Karela United at the Accra Sports Stadium.

So when Was The Media Transfer Window Opened: Netizen Reacts To Sports Presenter Move To Multimedia