New head coach of Hearts of Oak, Slavko Matic says he is at the club to win domestic and continental laurels.

The 46-year-old has been appointed to replace the departed coach Samuel Boadu who guided the club to a domestic treble last two seasons.

They participated in the CAF Champions League but they exited at the second stage after suffering a heavy defeat against eventual winners, Wydad Athletic Club. 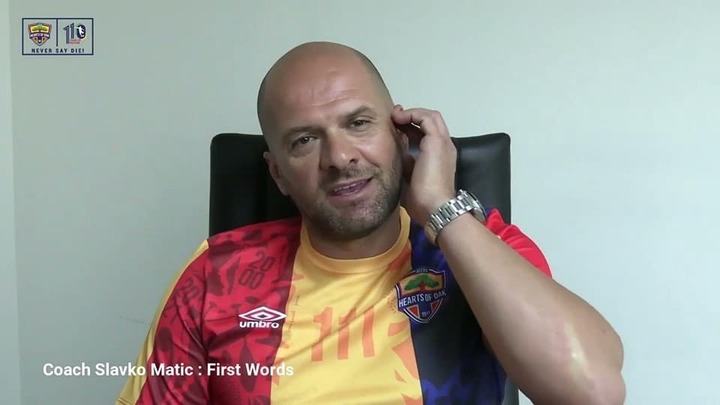 They dropped to the CAF Confederation Cup but could not qualify after suffering a 4-2 aggregate loss against JS Saoura much to the chagrin of the club’s fans.

The Phobians won the MTN FA Cup last season and returned to the CAF Confederation Cup for the second season running.

They exited the competition at the second stage as they were exempted from the preliminary round.

They lost 3-1 on aggregate after the first leg ended 3-0 in Bamako with the second leg producing a 1-0 win for the Phobians.

“We want to make a big success, we want to try to find ways to play good football and to have the chance to give to other players.

“Also we want to take the trophies as I said Africa is a big challenge and I have come into a big club.

“For me from today it [Hearts of Oak] is the best club in the world.” Slavic Matic told Hearts of Oak media.