Accra Hearts Of Oak’s Title Ambitions On Course Despite Draw 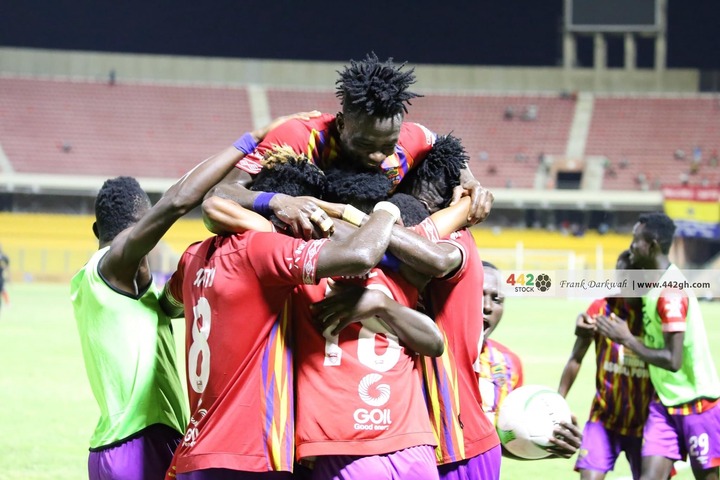 Accra Hearts of Oak could not extend their lead at the summit of the table, following a 1 - 1 draw with Accra Great in the Ga Mantse Derby. Incalculable loyalist of Accra Hearts of Oak believed it was time for the Phobians to revenge the first leg defeat, but it ended the other way round.

The game lived up to the hype that poured in, few days to kick off. Even though goal scoring efforts were made in the first half, attackers failed to make good use of them. This led to a goalless first half of the game.

Both teams reorganized and took the second half by storm. Attackers began to look purposeful upfront, compelling creative players to step up their game and energy. Accra Hearts of Oak maneuvered their way into getting the lead, but their lost control along the way.

Coach Annor Walker and his charges kept the probe for the equalizer in line, taking the game to the Phobians, and eventually earning the sought-after parity.

This sent a strong caution to coach Samuel Boadu of how their opponent means business, in terms of denying them the league trophy.

With the match ending one for all, the two points lead at the summit crumbled, resulting in a joint table toppers with sworn rivals Asante Kotoko.

Post the game, Accra Hearts of Oak and their followers will have to revisit their approach to subsequent games. Following an unshakable desire to annex the Ghana Premier League trophy, all other measures ought or have been put in order for a win in Accra.

Coach Samuel Boadu and his players need to emboldened the mission to win the title, by way of piling points to avert a last minute disappointment.

Even though Accra Hearts of Oak are sharing the apex of the table, that does not bring to an end the aspirations of a league title.

Trotro Diaries: Unfortunate Events You Are Likely To Encounter In The Ghanaian Trotro