By Sports_Update (self media writer) | 3 months ago 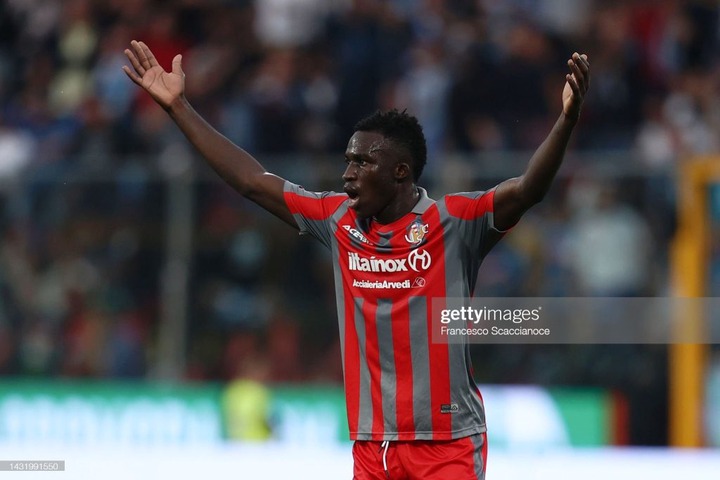 Cremonese host Sampdoria in a crucial clash between two Serie A (SA) strugglers who have yet to pick up their first wins of the campaign. Cremonese (D4, L6) are competing at this level for the first time since 1995/1996 and remarkably, they also failed to win any of their first ten Serie A (SA) matches in that campaign too. A good omen for the hosts is they finally picked up a win at the 11th attempt with a 2-1 home victory of that season.

Failure to win here however, would represent the first time in their history that the Grigiorossi have gone 11 opening league games without victory, while another defeat would hand them their third SA defeat in a row at home - another first at this level. There have been signs of improvement for Massimiliano Alvini’s side in recent weeks though, as their extra-time Coppa Italia home win over Modena in midweek made it just two defeats from seven competitive matches (W1, D4).

Sampdoria have suffered one defeat more than their hosts (D3, L7) and consequently are the side propping up the SA table. That poor start to the season saw coach Marco Giampaolo relieved of his duties at the beginning of the month, with Dejan Stanković brought in as his replacement. He did oversee his first win in the Coppa Italia this week as the Blucerchiati beat Serie B side Ascoli, although the fact they needed penalties to do so won’t have inspired much confidence.

It would have been pleasing for Stanković to see his side get on the scoresheet however, as a lack of goals has plagued their campaign so far. Sampdoria have netted just five times across their opening ten league games, which is the lowest return in the division. They have at least managed to find the net in each of their last three SA away trips, striking first on two occasions, albeit both of those contests in which they netted the opener saw them eventually lose the game.

Players to watch: Cyriel Dessers is aiming to become the first Cremonese player to score in three straight SA matches since June 1995. Looking to stop him will be Sampdoria midfielder Abdelhamid Sabiri who has committed more SA fouls than any other player coming into the round (22), although he’s not picked up a yellow card since gameweek five.

Hot streak: Cremonese have faced more shots on target than any other side in SA this season (66).

Content created and supplied by: Sports_Update (via Opera News )