Giroud To Milan Is Happening

By Okum (self media writer) | 5 months ago 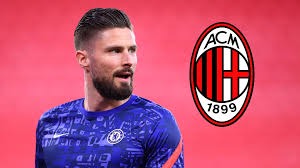 After extending his contract with the blues,reports suggests that striker,Olivier Giroud is keen on a move away from London.

Sealing a £25m permanent deal for defender Tomori seems not to be the last deal the serie A giants are planning to do with the champions of Europe.

The French striker who is currently on international duty at the Euros is seriously in touch with Milan for a possible move to Italy.

The strikers deal with chelsea was extended for two years,but a move away might help him get a bit more playing time away from the blues,especially with Chelsea urging closer and closer to signing Ellen Halland on a record breaking transfer.

Giroud has reportedly agreed a two year deal with Milan and is hoping to convince his current employers to let him leave.

Revenue generated from Giroud's sale can also help Chelsea to cut down on wages and also help them fund Halland's transfer.

Giroud has won one champions league,one FA cup,and the UEFA Europa league with Chelsea since he joined in 2018 in a £18m transfer from Arsenal. 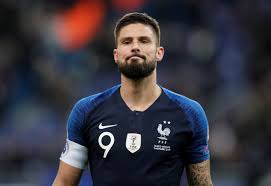 Giroud has played 170 matches for Chelsea to date and has scored 39 goals for the blues.

He has scored so many important goals for Chelsea and was their main talisman during the 2018/2019 UEFA EUROPA League.He won the golden boot in that competition.

The 34 year old striker would love to show his capabilities somewhere alse and Milan seems to be his next destination. A deal might be announced by the two clubs before the EUROS end.