Football is largely dominated by European players or teams. Today the world has witnessed many footballers display their skills on different football stages.

If we should start calling names of legendary footballers, time may fail us. However, among the thousands of footballers, we may call, there are Africans who have won the hearts of many as footballers.

Africa has produced some legendary players in world football over the years who contributed immensely to their respective clubs and countries. It is safe to say that African football is rich in quality and individual talent. That's why today I bring to you the list of the greatest African footballers of all time.

He is from Egypt and is popularly known as the high dam. This goalkeeper is one of Egypt's and Africa's most decorated players. He made his debut for the Pharaohs in 1996 and has won four African Cup of Nations trophies with the Egyptian Pharaohs, three of which came in a row in 2006, 2008, and 2010. He became the oldest player to play in a FIFA world cup match at the age of 45. 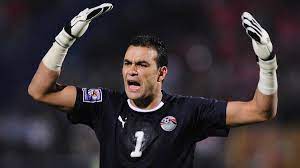 It took place in Russia during the 2018 edition. He won the Egyptian league eight times. He also won the Sudanese league title.

From Mali. Keita is unquestionably an all-time great at the club level. He has achieved more than any other African midfielder in history. Keita was a constant first-team player for Pep Guardiola's Barcelona, widely regarded as the best football squad of all time. 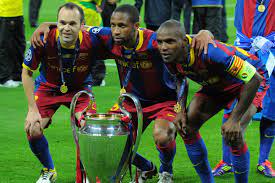 From Nigeria. Augustine Azuka Okocha, also known as JJ Okocha, is a former professional footballer from Nigeria who specialized in attacking midfield between 1993 and 2006. He appeared 73 times for Nigeria, scoring 14 goals and being a member of three FIFA world cup squads, he is widely considered one of Africa's best football players. 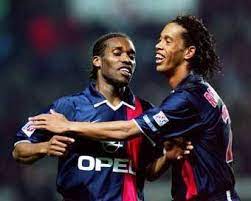 No one compares to JJ when it comes to pure brilliance and deception. There is a saying that he was so good that he was named twice. He could dribble a whole team and was a regular on all of the teams for which he played with his country. 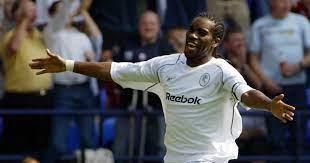 He won the African Cup of Nations and Olympic gold as well as other individual accolades, including two BBC's African player of the year awards.

From Ghana. Abedi Ayew Pele was used as an attacking midfielder. He won the AFCON title in 1982 with the Black Stars of Ghana. He was also named the player of the tournament a decade later. 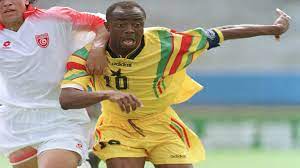 Unfortunately, Ghana was defeated by Ivory Coast on penalties in the final. He won the French league three times in a row with Marseille in 1991, 1992, and 1993. Although the last title was revoked because of a scandal. He also won the UEFA Champions League in 1993, with Marseille defeating AC Milan. 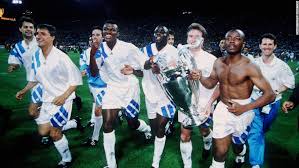 In that final, he was named man of the match. Three times the Ghanian has been named African footballer of the year.

From Ivory Coast. Yaya Toure, often known as the tall introvert, has enjoyed success at both the international and club levels. He led the Ivory Coast to victory in the 2015 African Cup of Nations. Toure has also won league championships with top clubs such as FC, Barcelona, and Manchester City. He won the Champions League with Barcelona and is without doubt one of Africa's best footballers of all time. The midfielder was named African footballer of the year four times. 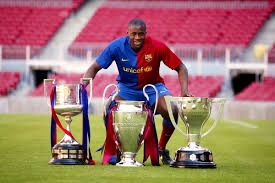 Toure was recognized for his strength, vision, and sense of scoring goals for a season, which is an astounding feat for a defensive midfielder.

From Cameroon. The international federation of football history and statistics named this Cameroon international, the second greatest African player in the last 100 years. He made significant contributions to Cameroon's history In 1990. 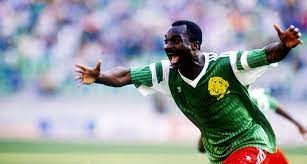 He assisted them in reaching the world cup quarterfinals, making them the first African team to do so. He scored against Russia at the age of 42, making him the world cup's oldest goal scorer. He was also twice named African footballer of the year. 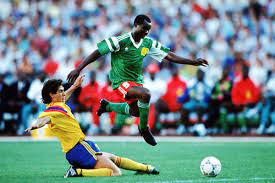 In addition, the striker helped Cameroon win two AFCON titles in 1984 and 1988.  He made a good reputation for himself with the national team, but never did in Europe. Hence his position on this list.

From Nigeria. The Nigerian has competed in three world cups for his country. Kanu has won an Olympic gold medal, but no African Cup of Nations. He won the Eredivisie three times and the Champions League once with Ajax. 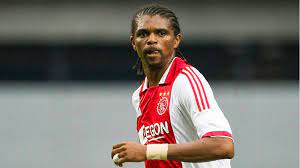 The striker was also a member of Arsene Wenger's invincible arsenal team in 2003 and 2004. Despite all of his achievements, he was relegated while at Portsmouth in the final stages of his career. He was also twice named African footballer of the year. 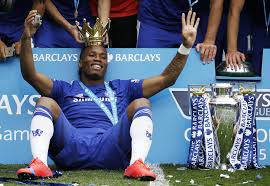 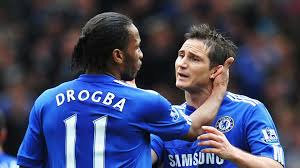 He did not win any international titles with the Ivorian national team, yet he was two times African footballer of the Year.

From Cameroon. The former Cameroonian international is well known. Samuel Eto’o has won the African footballer of the year award four times along with Yaya Toure. In the year 2000, Eto’o won an Olympic gold medal with Cameroon. 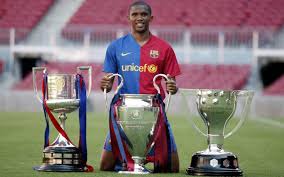 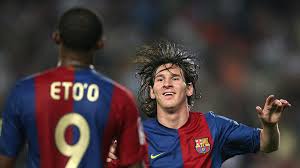 The striker is Cameroons and the AFCON's all-time leading goal scorer. Eto’o's, speed and strength made him a dangerous striker. He has 18 trophies in his career.

From Liberia. Our first was without a doubt, the most important. George Weah is the only African player to have won the prestigious Ballon d'Or award, which he received in 1995. He was named European footballer of the year and FIFA world player of the year in the same year. 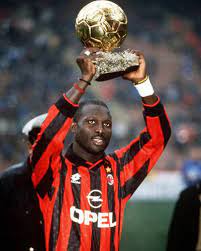 The Liberian won the FA Cup with Chelsea and the French league with PSG, in addition to his two Italian league triumphs with AC Milan. He is a two-time African footballer of the year and was named the finest African footballer of the 20th century by the international federation of football history and statistics. Another accolade he gathered after his career is that he is currently the President of his country from what the African players have achieved with both club and country. 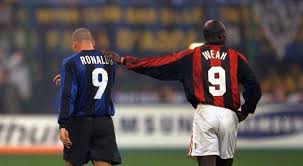 Many think the only thing left to prove is for an African country or player to bring home the world cup. Many Africans believe that this is loading some worthy mentions that could equally have been made on this list will be the Egyptian king, Mohammed Salah, and Sadio Mane. 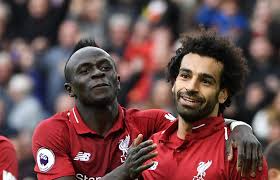 Let me know in the comments if you enjoyed any of these players on the pitch, who is your best African footballer of all time and dont