By footballscriller (self media writer) | 6 months ago

Michael Carrick took over Manchester United as interim coach after the departure of Ole gunner scolske but he was just a caretaker, as the team needed time to search for a manager. Manchester united united as big as it is with its vast resources could convince top managers to join the club.

the managers who where available to the club were

upon the pool of managers available to Manchester United, they decided to appoint Ralph Rangnick due to the reasons enumerated below 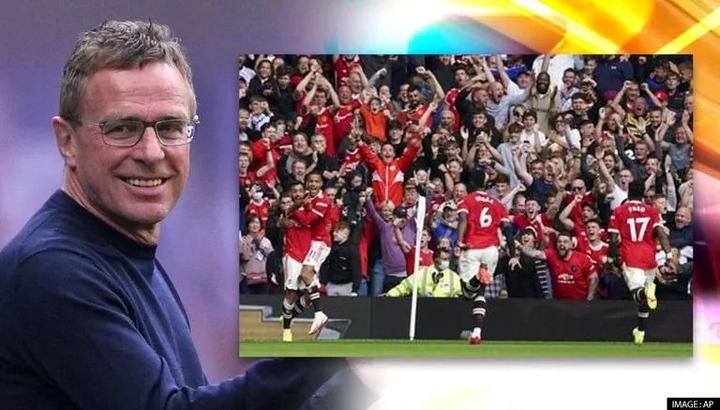 based on achievement; Rangnick has won seven trophies at various levels across the course of his coaching career.

His most successful period in terms of silverware came during his time at Schalke, where he steered the club to a DFL Ligapokal in 2005, a DFB Pokal in 2010-11 and DFL Supercup in 2011. His tenure in Gelsenkirchen also yielded Bundesliga and DFB Pokal runners-up finishes in 2004-05.

Rangnick also won silverware at Stuttgart, where he earned his stripes, leading them to Intertoto Cup glory in 2000, having previously steered the youth team to the youth Bundesliga title in 1991.

based on style of play; Rangnick is a proponent of the 'Gegenpressing' style of football that was popularised by the likes of Jurgen Klopp during his time as Borussia Dortmund head coach.

It is an approach which requires high intensity pressing in order to keep pressure on the other team and win the ball back quickly, coupled with tight marking in defence in order to neutralise a counter-attacking threat early.

hence there is no doubt that Rangnick's football perfectly suits the style of Manchester United.

Does Ralf Rangnick eliminate Manchester united woes and bring a silverware to old Trafford next year…..?

Content created and supplied by: footballscriller (via Opera News )