The Ghana Football Association, GFA organized Super Cup contest for Division One League, DOL clubs began with some interesting results in the Matchday One action.

Eight clubs are taking part in this pre-season tournament which is being played at the newly constructed Kyebi Astro Turf in the Eastern region.

In the opening games in Group A, Nsoatreman United played out a 1-1 drawn game with Liberty Professionals on Tuesday with Kotoku Royals beating Ebusua Dwarfs 1-0 later in the day. 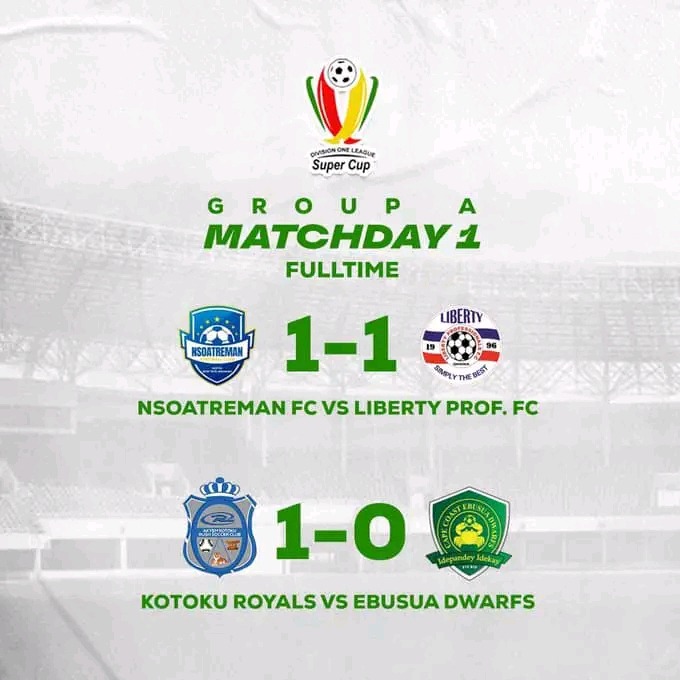 The Group B matches were played on Wednesday and, both ended in a stalemate with nothing to separate the four clubs that participated.

In the first game of the day, FC Samartex drew 1-1 with Young Apostles whilst the encounter between Tamale City FC and Tema Youth, ended goalless.

The competition will continue with the Matchday Two action later this week as the eight clubs compete to put themselves in shape for the commencement of the 2022/23 Ghana football season which starts in September.