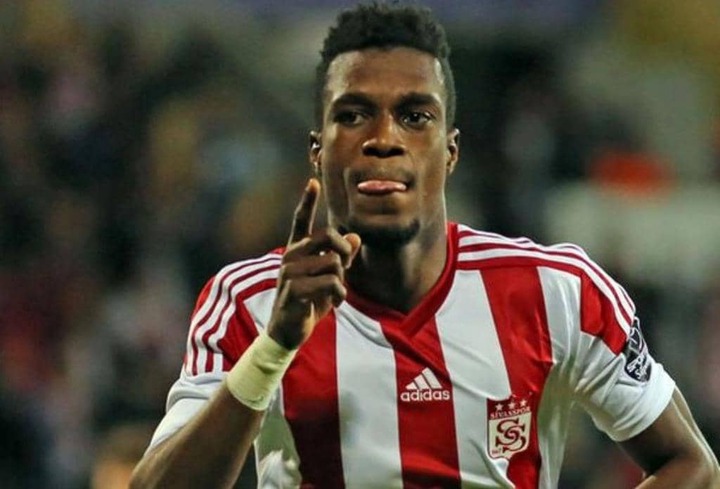 Most of the Ghanaian footballers plying their trade in the diaspora were busy at their respective Clubs.

Here are some of schedules;

Ghanaian international attacker Richmond Boakye Yiadom lasted just 7 minutes for Crvena Zvezda in their 3:1 away win due to injury.

Ghanaian youngster Isaac Nuhu spent the entire 90 minutes on the bench but Emmanuel Sowah Adjei, 22- year old defender could not make it to Eupen's 18 - man squad.

Ghanaian defender Gideon Baah had a full time game for Shakhter Karagandy in their 1 all drawn game.

Ghanaian star Jeffrey Schlupp enjoyed 81 minutes while Jordan Ayew had the entire 90 minutes display for the home victory for Palace but Mohammed Salisu who joined Southampton from Real Valladolid this season was ruled out due to injury.

Christian Atsu who missed in action for New Castle united last season due to injury could not make it to the 18- squad. Report now available is that, he has been put out for sale.

Ghanaian defender Andy Yiadom who played in the final training match for Reading in their 4:1 lost to Tottenham Hotspurs had an impressive 90 minutes action in their 2:0 away victory.

Ghanaian forward Abdul Majeed Waris did 80 minutes on the field but failed to be on target as his side Strasbourg suffered 2 :0 away defeat.

Nicholas Opoku played the entire 90 minutes but Emmanuel Lomotey came from bench at the 79th minutes in Amiens 2:1 home defeat.

Jonathan Mensah lasted in the full action but Emmanuel Boateng came from bench at the 64th minutes in Columbus Crew's away drawn game.

Joseph Alfred Duncan had full time action for Florentina in their 5:1 training game

Mumuni Abubakar had 90 minutes engagement for for Black Leopards in their 3:1 away victory but Edwin Gyimah failed to make it to the 18- man squad

John Boye enjoyed a full time game but that was not enough to secure victory for Metz .

Kudus Mohammed was on top of his form during Ajax preseason games but he was on the bench for his side during their 1:0 away victory

New entrant Joseph Paintsil came from bench for Ankaragucu in their 2 :1 home defeat

Ghanaian forward Caleb Ekuban enjoyed 78 minutes action for Kayreispor in their 3:1 home defeat but Bernard Mensah, midfielder who moved on loan from Kayreispor for Besiktas was substituted in the 81st minutes after his penalty goal for his side.

Former U-20 star Muntari Kamaheni was in full action for Ashdod while Emmanuel Boateng was substituted after the 86th minutes for Tel Aviv in a game that ended 2:0 in favour of Ashdod SC

Ghanaian trio Francis Abu, Kamal - Deen Sulemana and Isaac Atanga were all in action for Nordsjaelland in their away defeat.

Atanga had full 90 minutes while Kamal - Deen was pulled out after 78 minutes display. Francis Abu only came in for just 4minutes

Ghanaian shot stopper Adam Larsen Kwarasey failed to make the 18- man squad for Vaalenga but 26 year old attacker Gilbert Koomson was in action for Brann but was pulled out at the 32nd minutes due to injury.

Former U-17 defender Najeeb Yakubu came from bench at the 62nd minutes for Vorskla in the 2:0 home win

Former U-20 star Osei Barnes played the full 90 minutes for Nea Salamina in their 2:0 home win

Ghanaian attacker Latif Blessing was deployed at the right-back position for Los Angeles FC in the 4: 2 home win

Ghanaian forward, Raphael Dwamena was on target for his new club Velje Boldklub in the Danish Superliga