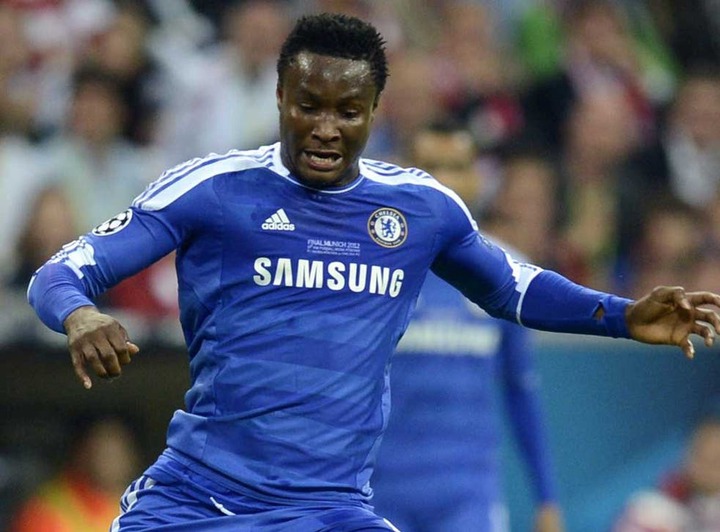 The former Nigerian captain was instrumental in Chelsea’s Champions league win in 2012 and was part of the Nigerian team that lifted the African Cup of nations in 2013.

Mikel started his career playing for low side clubs in Nigerian before he got the opportunity to join a club in Norway called Lyn. There he was scouted by English Premier League clubs Manchester United and Chelsea. Chelsea eventually won the race to his signature despite Mikel having trail sessions with Manchester United.

He played for Chelsea for 11 years and made 246 appearances and scored just 1 goal for the club. He then moved on to join Chinese club Tianjin TEDA and then to Middlesbrough, Trabzonspor, Stoke City before joining Kuwait SC.

In his farewell message, Mikel thanked everyone who has supported his career and advised all those who have dreamt of becoming someone to never quit dreaming and working on their goals.

Mikel will remain one of the Best players from Nigeria to have played football and will always remain an icon. 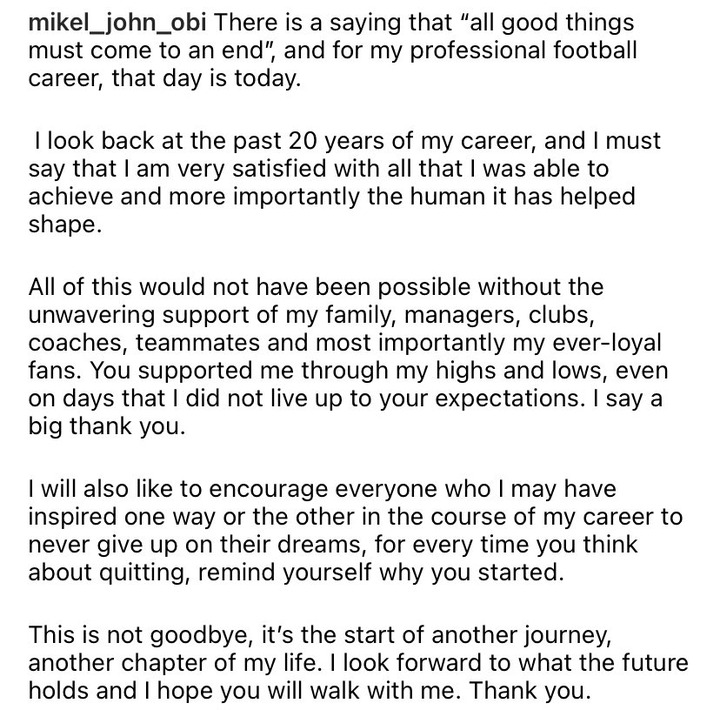