By JNTurkson (self meida writer) | 17 days

The 2020/2021 edition of an exciting Ghana Premier League (GPL) finally came to an end today. Indeed the teams provided a very tough competition for their opponents.

Accra Hearts of Oak won the league with 61 points and would be representing Ghana in the Confederation of African Football (CAF) Champions League next season. We hope that the team would work much harder to bring the trophy after doing it once in the club's history.

Unfortunately three (3) teams would have to leave the Premier League to join the Division One League. The affected teams include Ebusua Dwarfs, Liberty Professionals and Inter Allies. Ebusua Dwarfs win over Bechem United could not help Dwarfs to stay in the Premier League. However, Elmina Sharks moved from the relegation zone after it won its game against 2nd placed Asante Kotoko. 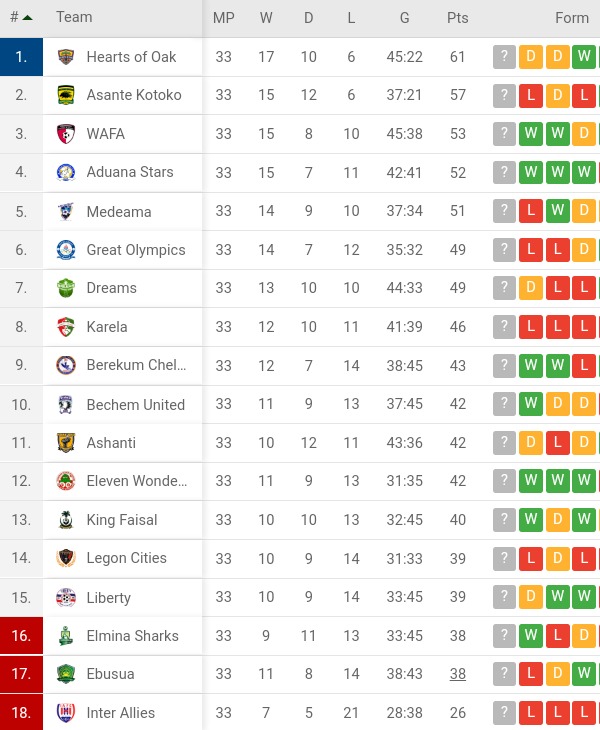 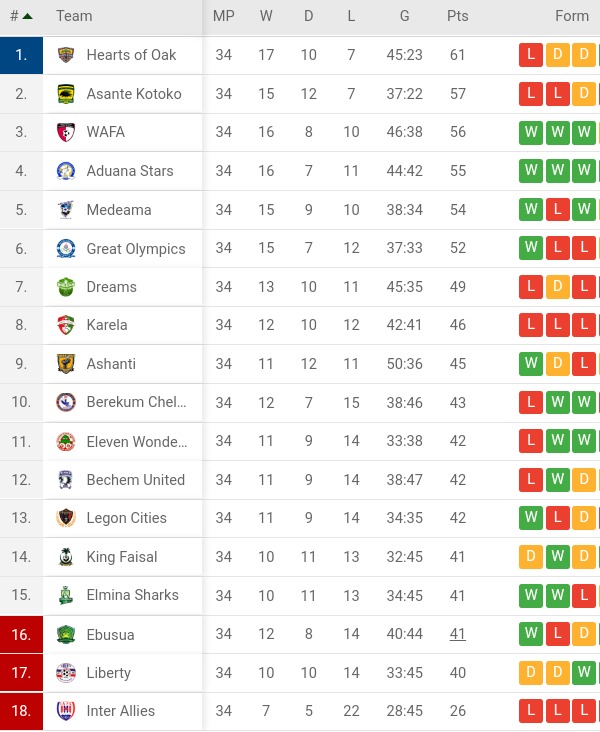 Another interesting fact is that three teams: King Faisal, Ebusua Dwarfs and Elmina Sharks had the same points (41) at the end of the season but only Ebusua Dwarfs would face relegation on the basis of goal difference -painful right?

While the GPL has ended today, the MTN FA Cup continues with 8 teams left to battle it out for the trophy. Hit or click on the FOLLOW button to receive updates in the MTN FA Cup.

We hope that the restrictions on the number of fans allowed in stadium would be lifted or the number would be increased.

Kindly leave all your comments below. SHARE the article.

Simple detoxification remedy that would not take your time.