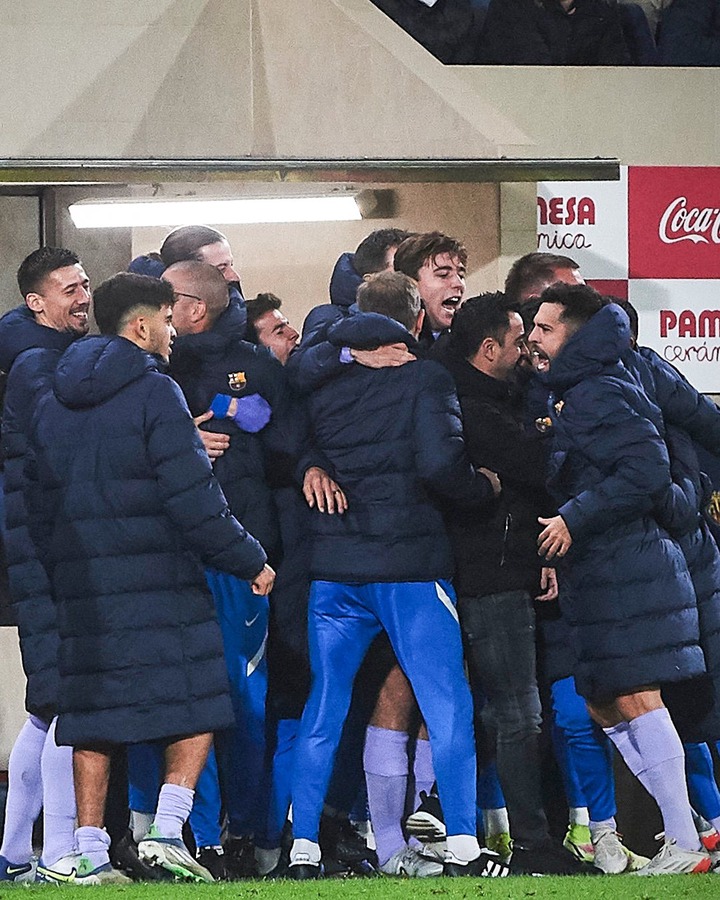 The fact that the score line looks clean might deceive many into thinking this Barcelona team is okay. It is far from the truth and the new manager Xavi accepts such position. Winning away against Villareal by 3-1 does not tell the full story of the Catalan performance during the game.

This is Xavi's third game and second league match since his appointment. He won the Catalan derby against Espanyol , through Memphis penalty kick. Anyone who watched the game can testify that Barca were lucky because the opponent missed several clear-cut chances. Today's match was a similar situation.

One positive about Barcelona game under Xavi is the confidence the boys are regaining. Aside that, there are a lot of defects that need to be worked on immediately. The defense has always been the team's weakest third. One could see clearly how shaky the backline was. The least said about them, the better.

Moving on to the midfield, the struggle is real. Busquets easily misplace passes, gets dispossessed and can't bully opponents. From where he plays, losing the ball means selling out the club on a silver platter. De Jong is the reliable one in that section of our play. If he doesn't get a good day, the team really breaks down into messy pieces. The choice to play Nico puts more burden on the frontline to create and score more on their own. Nico is a typical Busquets-like, so Barcelona rely on him for stability more than killer passes to the final third.

Scoring is a major issue that must be dealt as soon as possible if the club wants to compete for major trophies. Among the players available, Memphis can't give the numbers due to his fancy style of play. He missed a crucial chance today, but his goal in the dying minutes saved him from trolls. The rest either lack confidence or experience. It will take a while for the likes of Gavi, Abde, Demir, Illias to get to the standard of an ideal Barcelona attacker.

We won against Villareal out of the bloom: They were the better side to get the winner until their blunder led to Memphis' goal. It's good the team got the 3 max points, but we have a long way to go.