By Naycha (self media writer) | 3 months ago 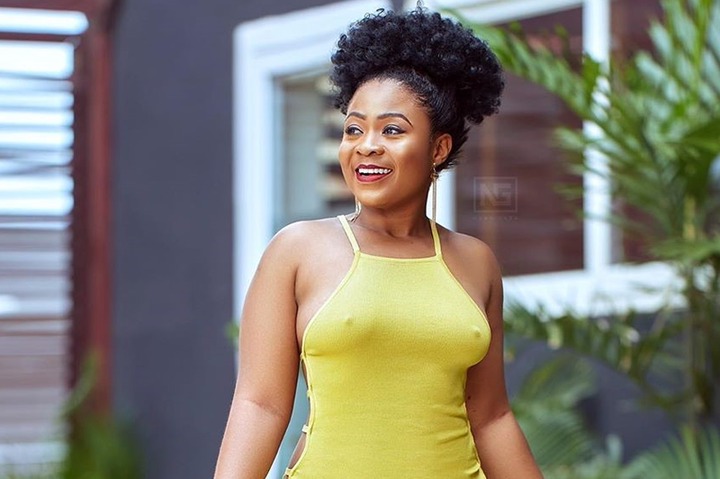 Ghanaian actress, Kisa Gbekle has revealed in an interview that she has a football team which is recognized by the Ghana Football Association (GFA).

Kisa Gbekle confirmed to Halifax on Okay FM that she has a juvenile football team called Kisa Football Academy in Volta Region and it is recognized by the GFA.

She said she grooms young talents who are under age 17 and then sell them to big teams. She said her target this year is to groom young talents to the international level.

Actress, Kisa Gbekle said people think she loves hype but she's not saying this for hype as her football academy is her serious business.

She added that she has a player at Liberty Professional and one who used to play at Kotoko but has been replaced by Justice Blay.

Kisa FC president, Kisa Gbekle said she doesn't make noise about her football academy because she wants to see her players in the under 17 of the national team and outside Ghana.

She said her dream to own a football team started in 2008 then she was in senior high school first year. According to her, her rich brother started it but it wasn't official.

She further stated that the juvenile team, Kisa FC was established about 3 years ago and has been registered under GFA. She said the brother who started handed over the team to her as she's currently handling the team.

Click on the link below and watch her interview.

These Ghanaian Players 'Killed It' For Their Clubs Today.