AfroStat Reveals 4 Possible Ways Black Stars Can Lineup In The 2022 World Cup, Gyan Is Not Included

Currently, there have been several posts about the possible lineups that the Black Stars will use when the 2022 World Cup in Qatar begins. The media and other social media platforms have generated theirs, but the ones released onto social media by AfroStat is breathtaking but it excluded Felix Afena-Gyan in all its four possible lineups. This revelation from AfroStat came into existence when Black Stars'target, Inaki Williams declared his intention to play for the Black Stars.

AfroStat posted four great lineups that the technical team of the Black Stars could use when the 2022 World Cup finally begins. Below is the four different lineups, formation and players.

With the first lineup, they suggested a 4-3-3 formation. Jojo Wallacott started as the goalkeeper, Mohammed Salisu and Djiku were played as the center defenders, Lamptey on the right back, Gideon Mensah on the left back, Thomas Partey, Iddrisu Baba and Mohammed Kudus in the midfield, Andre Ayew , Odoi and Inaki in the attacking positions. But Inaki is the main striker. 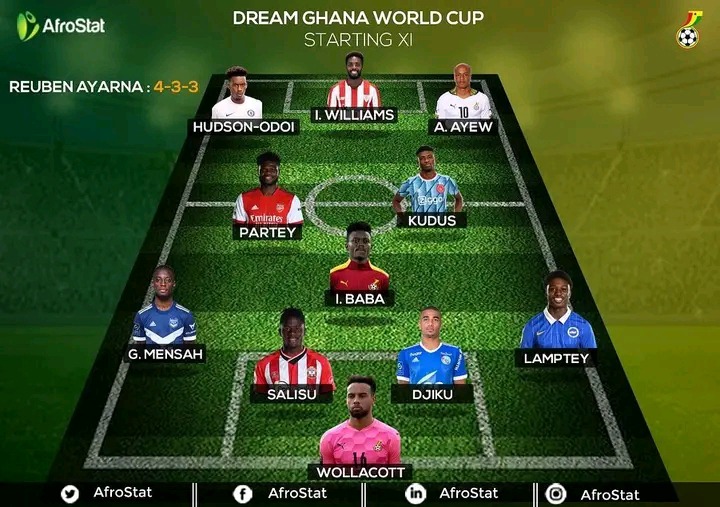 And the second suggested lineup starts with Richard Ofori, but with the defense, they suggested three back, Djiku, Amartey and Salisu. Four players in the midfield Schlupp, Partey, Kudus and Lamptey. And two supporting attackers Jordan Ayew and Hudson Odoi. Inaki still plays as a standing number 9 (striker). 3-4-2-1 formation was suggested. 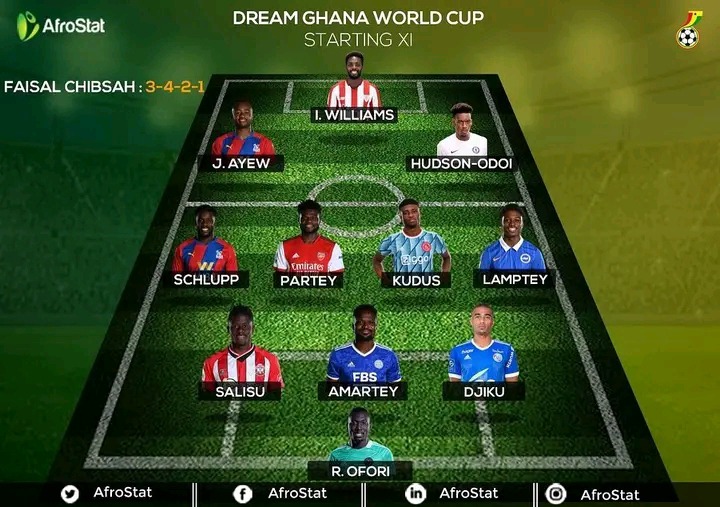 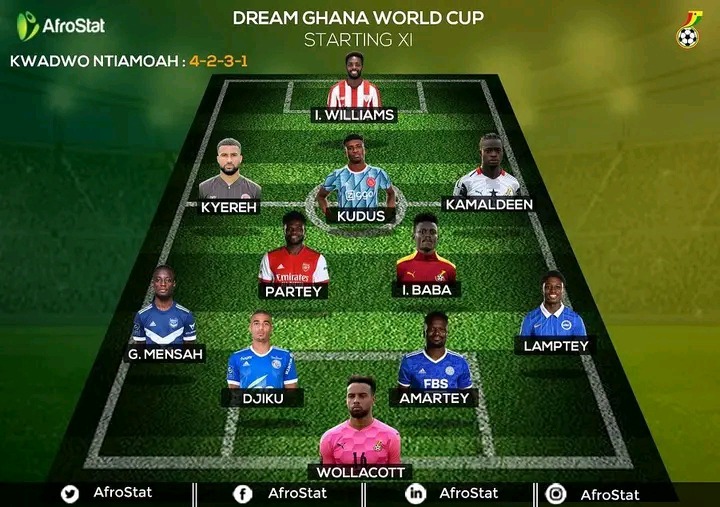 With the last one, they also suggested a 4-2-3- formation but only Wallacott was substituted with Ati-Zigi. 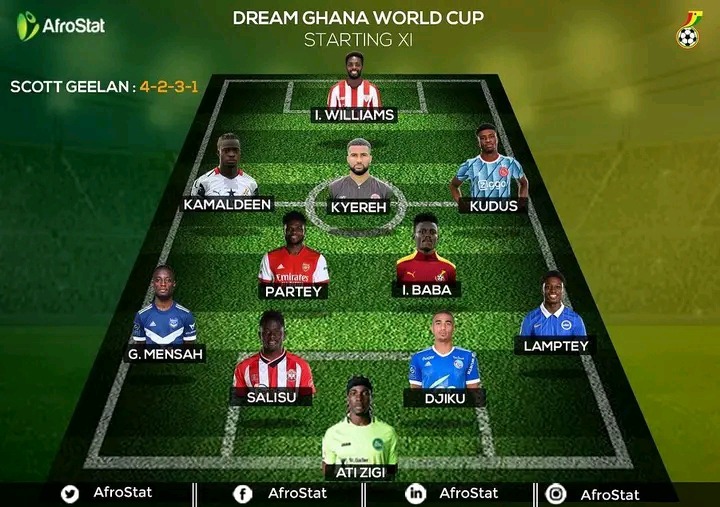 What do you think about these four possible lineups? Which one is the best?

HOT: The minority group in parliament has sent a strong message to the Governor of the Bank of Ghana

I Am Waiting Upon God To Salvage The Economic - Akufo Addo

Assert Independence And Credibility Or Resign – Governor Of BoG Told