Ghana to miss Ayew, Partey, Amartey and others in World Cup qualifiers against Zimbabwe; check why 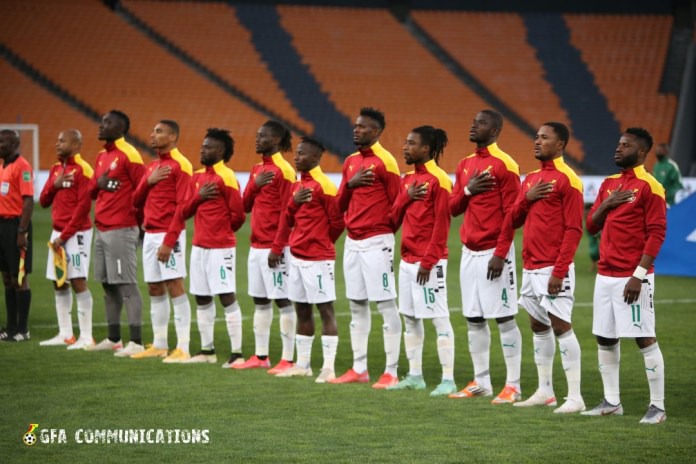 The Black Stars will have to plan life without the services of the players plying their trade in the United Kingdom due to Covid-19 restrictions Ghana. Coach Charles Kwablah Akonnor will have to deploy a new plan ahead of the Black Stars’ 2022 Fifa World Cup qualifiers against Zimbabwe in October.

The Black Stars will host Zimbabwe at the Cape Coast Sports Stadium on October 5 before they travel to Harare for the return encounter four days later in Harare. But with Zimbabwe being named among countries on the red flag of the United Kingdom’s radar, a lot of the players will likely miss the trip.

Key players like Daniel Amartey, Abdul Baba Rahman, Andy Yiadom, Jordan Ayew and, Jeffrey Schlupp are expected to miss the doubleheader. Just like they could not travel to Johannesburg to take part in the game against South Africa on Monday.

Others may include new boys Daniel Kofi Kyereh and Brydou Manu who also plays in Germany as well as Kamaldeen Sulemana who plays for Stade Rennes in France.

As a result, underfire coach C.K Akonnor is expected to work around the clock to get some top local players to complement those who will be readily available in order to grind results.

Ghana’s defeat to South Africa in the second game of the group has left them in second place. They are tied on the same points as Ethiopia and would need to double their efforts before they can reclaim the first spot from South Africa.

The UK government February issued a new travel measure to visitors from 17 African nations including Zimbabwe who are intending to travel to the country. The ban states that they will be quarantined for 10 days in one of the government's approved hotels and will have to pay for themselves during their stay. Travelers will also foot a bill not less than $100 per night.

Below are the 17 Africa countries named in the red zone by the UK government and travelers would need to be quarantined for ten days.