How Barcelona could line up with Robert Lewandowski. 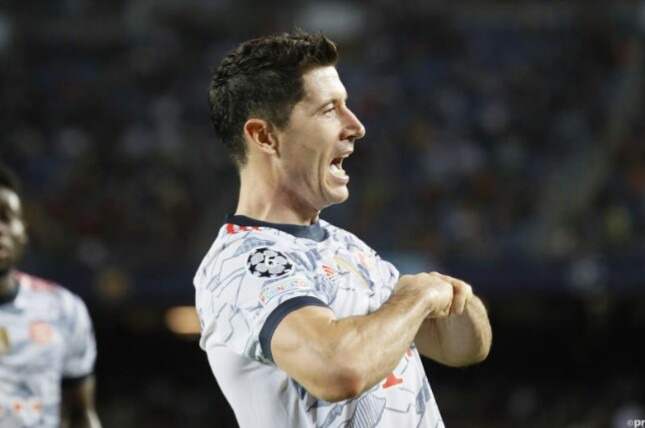 According to reports published on Saturday, Barcelona and Bayern Munich sensation Robert Lewandowski have agreed to a three-year contract.

Even though Pierre-Emerick Aubameyang was purchased from Arsenal in the January transfer window, the Blaugrana will continue their squad rebuilding under Xavi in the next transfer window, and a new world-class centre-forward is needed.

Despite their financial difficulties, Barcelona has made the acquisition of a high-class striker their primary goal this summer.

Now, Lewandowski might be the one who shows up.

Since joining Bayern from Borussia Dortmund in 2014, the Poland international has broken various goalscoring records and won eight Bundesliga titles as well as the Champions League. If Barca are successful in signing him, how will Xavi's starting XI look next season? 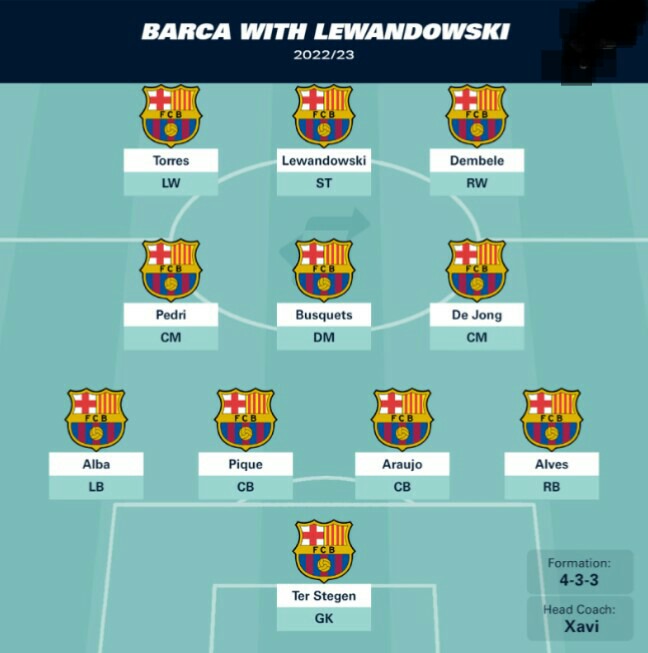 Barcelona is expected to make many signings this summer, as they are scheduled to sign Andreas Christensen and Franck Kessie on Bosman Transfers in addition to Lewandowski.

There's also the matter with Ousmane Dembele. The Frenchman's contract is set to expire in the summer, and it appears like he will go, though things could change.

We'll look at guys who are already at the club for this XI.

Marc-Andre ter Stegen may not be in his greatest form, but he will continue to be Barcelona's first choice. Because Sergino Dest does not appear to have Xavi's full faith, Dani Alves could keep his spot at right-back if he signs a new one-year contract.

Gerard Pique, Ronald Araujo, and Jordi Alba are in the same boat. The midfield is Barcelona's best part of the game, and the preferred trio of Sergio Busquets, Pedri, and Frenkie de Jong should continue if the Dutchman stays at the club despite interest from Manchester United.

If Dembele signs a new contract, he'll play on the right flank alongside Ferran Torres and Robert Lewandowski.