By BerBea-nt (self media writer) | 1 year ago

Wolfburg against Lille was a very tough game all thanks to Koen who made four(4) saves for the visitors, two(2) from inside the box, one(1) punch, and one(1) clearance which was enough for a draw after losing a player due to red card.

Sandro was superb against Malmo today as he scored one(1), made 84.% accurate passes, one(1) shot on target, and was fouled three(3) times.

Bonucci made three(3) interceptions, two(2) tackles, 94.7% accurate passes, and 82 touches which was enough to win three(3) goals to nil.

Robin helped his team earn a draw on how he scored one(1), made two(2) shots on target, three(3) interceptions, and a pass accuracy of 77.1%.

Camara played a full ninety(90) minutes for his team Salzburg which ended in a draw against Sevilla.

He was fouled six(6) times, made four(4) tackles, two(2) interceptions, 84 touches and 90.9% accurate assess which was a solid performance.

Atalanta played a draw against Villarreal despite scoring two(2). Freuler on the other hand scored one(1) as a midfielder, made 88.2% accurate passes, and was fouled twice(2).

Playing against Manchester United and winning was not guaranteed but they somehow made it possible. Nicolas showed a classic display today as he made four(4) shots which led to a goal and made 84.2% accurate passes.

Bayern was solid today as they crashed Barcelona three(3) goals to nil of which two(2) came from Lewandowski. 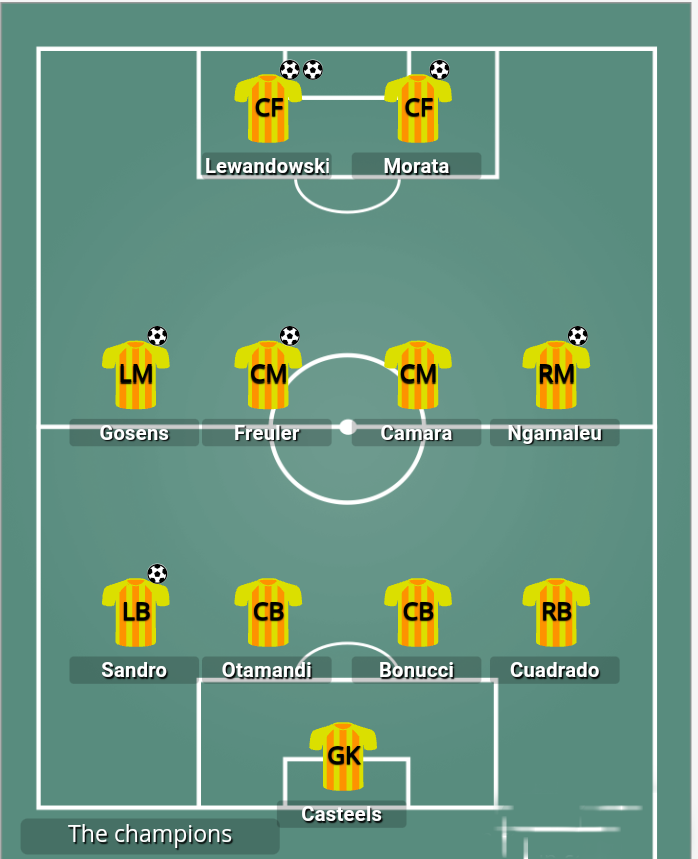