4 players who were punished for their goal celebrations 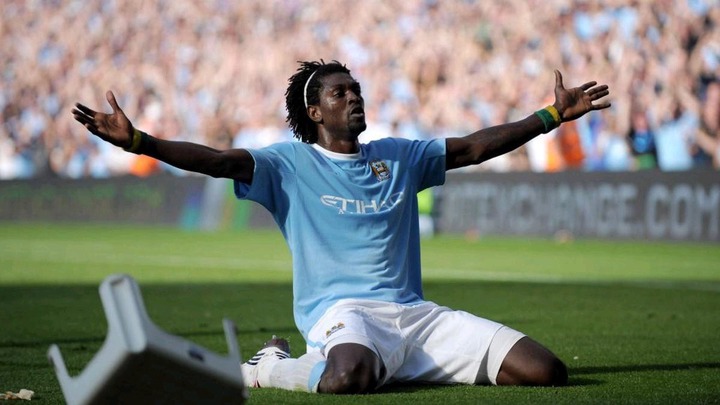 Carlos Tevez, a striker for Boca Juniors, was sent off in the 2004 Copa Libertadores for insulting the opposing audience by acting like a chicken after his team scored a goal against River Plate, who were referred to as "Gallinas" (chickens) by other fans for choking in the second half.

In 2005, when coaching for Lazio, Paolo Di Canio made headlines for giving a Nazi salute to the team's right-wing fanbase. As a result, he was penalized monetarily and given time off.

Emmanuel Adebayor, a striker for Manchester City, was cautioned in a 2009 Premier League match against Arsenal for sprinting the length of the field to celebrate a goal in front of the Arsenal fans. Adebayor's move from Arsenal to Manchester City that summer sparked debate.

Giorgos Katidis, a midfielder for AEK Athens, famously gave the Nazi salute to the crowd after scoring the game-winning goal against Veria in March 2013. Katidis was fined €50,000, suspended for the rest of the season with AEK, and prohibited from ever again representing Greece in international competition, despite his later claims that he was unaware of the gesture's significance.

15 Funny Text Messages That Will Make Your Partner Laugh