The Ghana premier league has been great ever since its commencement, most of the players put up good performance to help their teams win the premier league title or even be at a safer side at the end of the season. 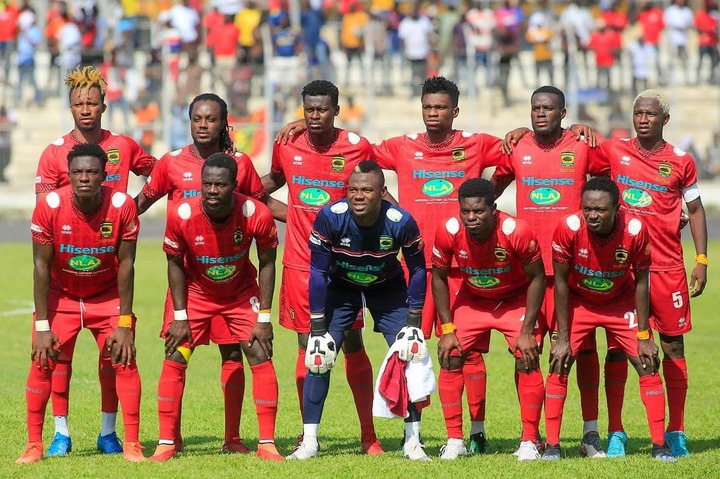 In the 2021/2022 season Kumasi Asante kotoko won the Ghana premier league title at the end of the final game in the league, there was also a lot of surprises in the league from the smaller teams to the bigger.

At the end of the season, we had a previous league winner West African Football Academy being relegated from the league.

Coming next season, most of the teams are well prepared for the season with new signings joining their team.

Here are the fixtures of Kumasi Asante kotoko the defending champions of the league in the upcoming season: 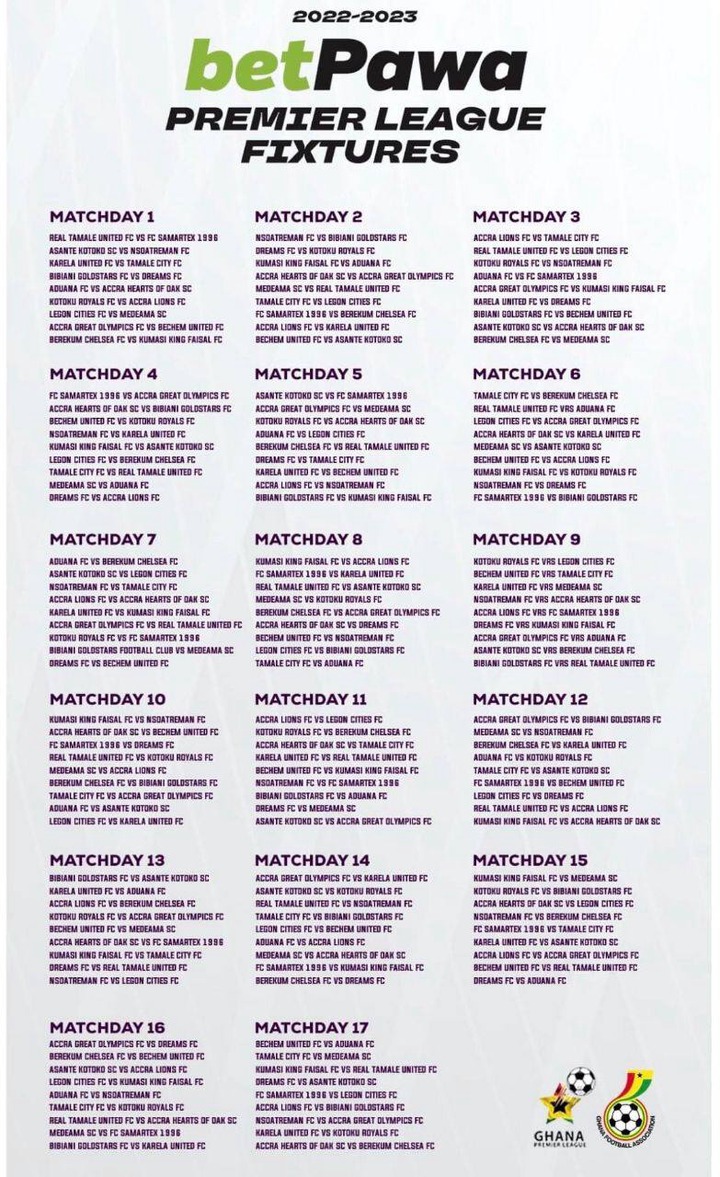 Kumasi Asante kotoko will play their first opening match in the league against a newly promoted side Nsoatremann football club at the Baba Yara Sports stadium in Kumasi.

This first game will be a though match for both sides and the newly signed players as they will try to unveil their presence by scoring or at least winning their first game in the league race.

After the game against Nsoatremann, the will travel to Bechem to play against Bechem United in the match day 2 in the Ghana premier league race.

After the game against Bechem United at away, they will bounce back to their home stadium to play against their rivals Accra hearts of oak in the match day 3.

All the newly signed players hopes to have a good season in their new clubs by winning trophies and also scoring more goals.