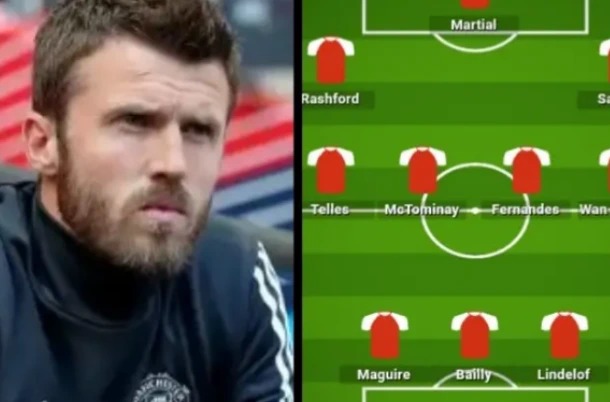 Manchester United is looking to return back to winning ways after a tight draw with current leaders Chelsea. The red devils are well aware that anything other than a win will compound their poor start to the season.

Manchester United will host Arsenal at Old Trafford. Both Carrick and his players are aware that obtaining a victory will be difficult, especially given the Arsenal's recent form.

However, looking at Manchester United's official lineup, I was able to identify two tactical errors made by Carrick in the starting lineup for tonight's game.

No disrespect to Ronaldo's reputation, but matchups like this don't require guys who can't contribute defensively. C Ronaldo is an excellent finisher, but he lacks defensive ability. Playing Ronaldo against a club like Arsenal is not a good idea.

2. Played Maguire ahead of Eric Baily:

After his performance against Chelsea, I believe Eric Baily has demonstrated that he is one of Manchester United's top defenders. Given Maguire's lack of form this season, I believe Baily should have started the game ahead of Maguire.