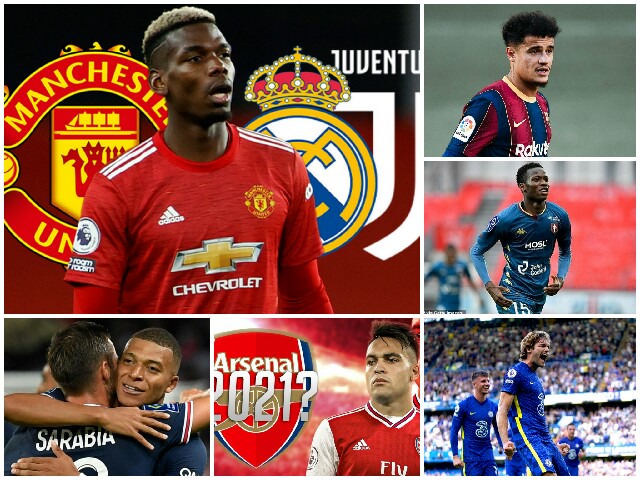 Paris Saint-Germain have been linked with Manchester United midfielder, Paul Pogba for sometime but a move for him this summer is quite unlikely. However latest update concerning his move says, Paris Saint-Germain have suspended their move for the 28 year old and will return next summer, where Pogba's contract with the Red devils will expire and snap him for free. The club will then offer the French star a whopping salary of €600,000 a week.

Mbappe to discuss his future with the club today

Paris Saint-Germain striker, Kylian Mbappe is set to hold talks with the club's board today to sort out his future. Mbappe has been heavily linked with a move to Real Madrid since last summer and rejected a new contract extension from the club in order not to impede his Real Madrid move. At the moment it remains unclear whether the 22 year old has changed his decision following the arrival of Lionel Messi, nonetheless Mbappe would hold a meeting with the club hierarchy today to sort his future.

Barcelona is keen on offloading out-of-favor Brazilian midfielder, Philippe Coutinho before the transfer window ends. The 29 year old has been told pointblank that, he has no future at the club and can leave. Coutinho has received numerous offers to leave but his monstrous salary continue to impede his exit as his suitors don't have the financial capacity to meet his demands. In a bid to force him out, Barcelona have stripped off his jersey number and Coutinho would not feature for the club this season if he doesn't leave.

Real Madrid have also been one of the longtime admirers of Paul Pogba and have joined the race to snap the 28 year old from Old Trafford. If Pogba refuses to extend his contract with Manchester United, he will be available for free next summer. Madrid have him on their wishlist and will pounce on the chance to bring him to the Spanish capital at the earliest opportunity, however they will face keen competition from Paris Saint-Germain who are also interested in signing the world cup winner but report says Pogba will opt for Madrid if he has to choose between the two.

Martinez still a target for Arsenal

Inter Milan hitman, Lauturo Martinez is still on the wishlist of Arsenal despite the club's intention of keeping the Argentine. The Gunners firepower has dwindled sharply with Aubameyang, Lacazette and Nketiah unable to find their scoring boots. The club is working to bring in a new striker before the transfer window closes and planning to tempt Martinez out of San Siro and bring him to London.

Metz and Senegal midfielder, Pape Matar Sarr has caught the attention of several English clubs with his sensational performances in the French Ligue 1. The 18 year old is capable of playing as an attacking midfielder, a defensive midfielder and central midfielder making him one of the few multi-talented prodigies in the market. Sarr made 22 appearances last season banging 3 goals for Metz and reports claim, Manchester United, Manchester City and Chelsea are monitoring the teenager.