3 Reasons Why Barcelona Should Sack their New Coach

Barcelona have suffered their disastrous start of the La liga season since 1991 after Ronlad Koeman took the job from Setien during the Baryern Munich nightmare. Many people are expecting the club to rise up immediately to the top and winning games. Though its a process, the new Boss seems to be worse than any other manager at Barcelona since no coach in the history played 8 games in La liga with 11 points since 1991.

1. The manager up to now does not have a fix plan in terms of the players to use. Every game he plays with mentality.

2. The manager is struggling to make the good substitutions. For example, in the match against Atletico, the manager replaced energetic Pjanic with Trincao meanwhile De Jong is now playing center back due to Piques injury.

3. The manager seems ready to kill plauers talent as more players keep staying on the field without a touch of the ball. For example, Riqui Puig is a youmg guy and very good enough to replace Pjanic but he used a winger instead. Martin Braithwaite was on the Bench until 82nd minute but when he came, he was able to fire some shots as a striker, something Griezmann couldn't do while on the field for 82 minutes.

The game against Atletico is a physical game which needs young and vibrant players. That means, Jordi Alba should stay on the Bench for Dest to start. Playing Braithwaite ahead of Griezmann would be very good. Using Puig to replace Pjanic is the best alternative during the game.

These are my personal seasons for which i think Barcelona should sack him and get a more tactical manager to take the team forward. What do you make of my submissions? Leave your comments let s see 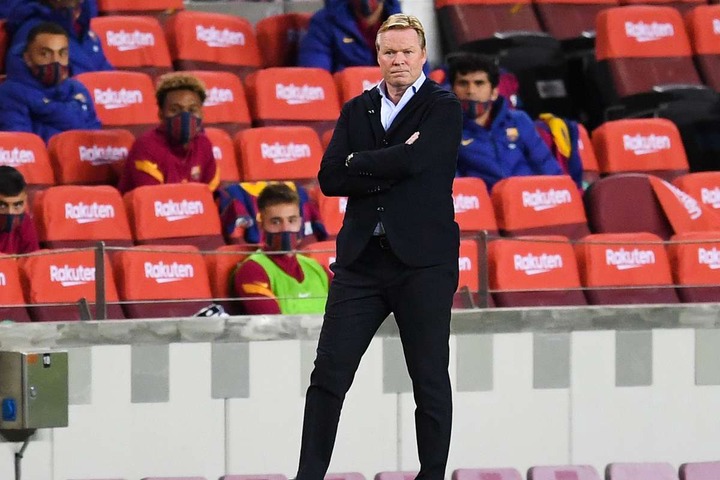