These are the team of the week for last week and this week according to sofa score statistics. 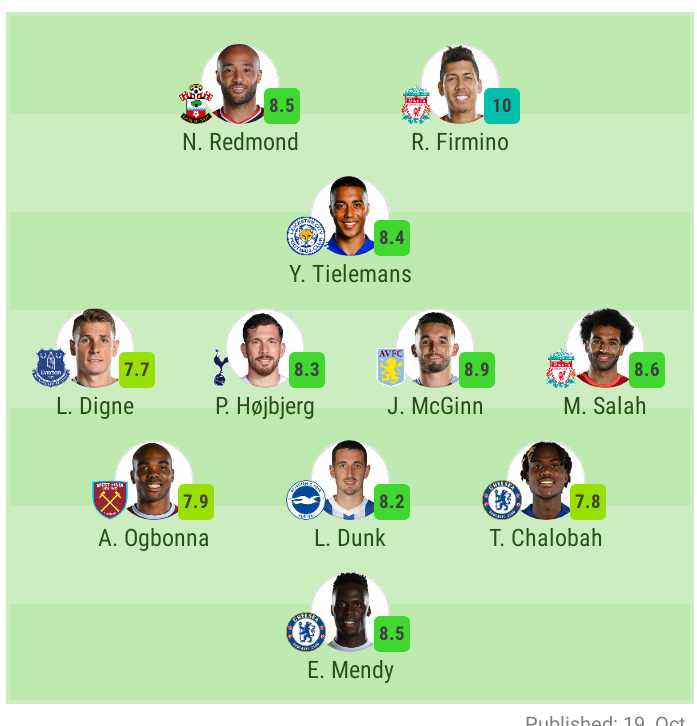 From the picture above we can see two Chelsea players and Liverpool players on the team, the most by any team.

On defends, we have Angelo Ogbonna who plays for West Ham, Lewis Dunk from Brighton & Hove Albion, and Trevoh Chalobah from Chelsea.

On Midfielder, Lucas Digne from Everton made it on the left-wing, Pierre-Emile Hojbjerg who plays for Tottenham in the center of the midfield alongside John McGinn who plays for Aston Villa, Mohamed Salah from Liverpool on the right-wing and Youri Tielemans from Leicester City playing as attacking midfielder.

In the forward spot, we have Nathan Redmond from Southampton and Roberto Firmino from Liverpool.

A very brilliant performance last week from these players.

This Week Team Of The Week 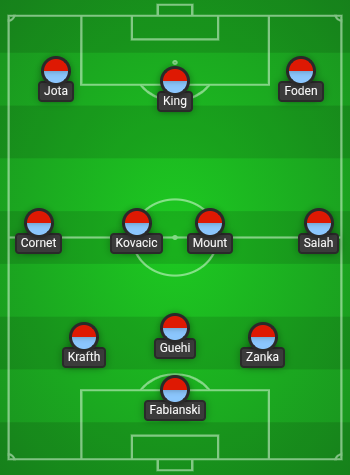 On goal post, we have Lukasz Fabianski as he helped his team on a narrow win against Tottenham at home with a rating of 7.8

On Midfield, Maxwel Cornet from Burnley made it on the left wing as he scored two goals against Southampton on away which earned him a rating of 7.8, on the center of the midfield we have three Chelsea players Mason Mount with a rating of 10.0 and Kovacic with a rating of 9.2. On the right-wing is Mohamed Salah again as he also scored a hat-trick this week with a rating of 9.9

On forwarding, we have Diogo Jota from Liverpool Camp with a rating of 8.6 as he scored and assisted, Phil Foden from Manchester City with 9.2 after scoring 2 goals, and hat-trick star Joshua King from Watford also on the team with a rating of 8.8. 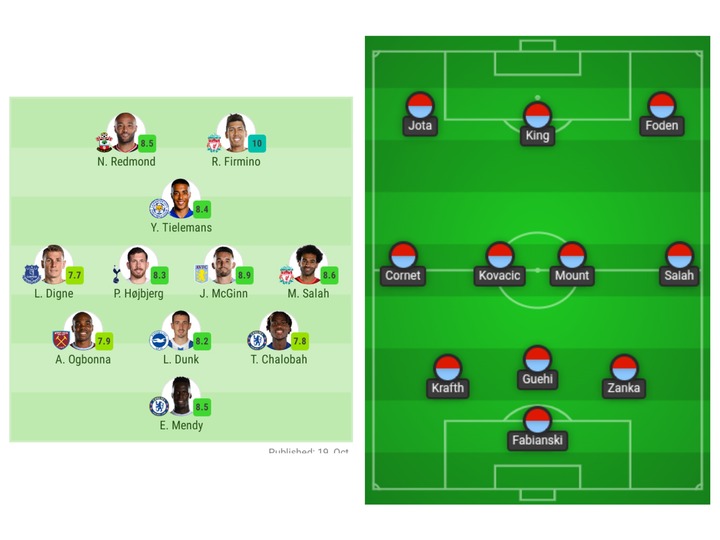 To Conclude Mohamed Salah is the only consistent player here as he was featured in last week and this week's team of the week.

Will He Make It In Next Week Team Of The Week?. Share Your Thoughts