By SamuelPowellNews (self meida writer) | 6 days 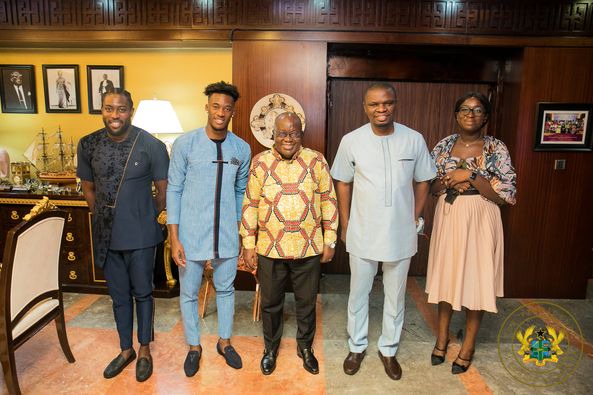 The Ghanaian-born Chelsea winger, Callum Hudson-Odoi has been in the country for close to a week now after winning the UEFA Champions League with Chelsea. On his arrival in Ghana, he was received by the Ghanaian musician, King Promise where local Adowa dance was used to receive him at the Kotoka International airport.

Callum Hudson-Odoi has also been captured playing a football match with King Promise and other Ghanaians. The young man was on Sunday, 6th June 2021, seen at the Accra Sports Stadium to watch the Mantse Derby between Accra Heart Of Oak and Accra Great Olympics. 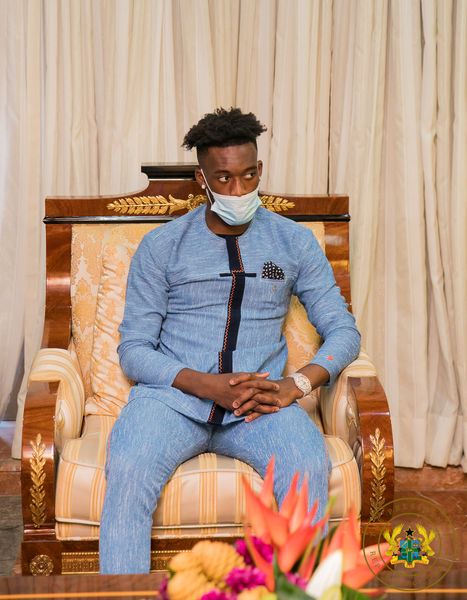 But yesterday, Monday, 7th June 2021, the English Professional Footballer was captured at the Nation's Presidency, the Jubilee House where he paid a courtesy call on our President, Nana Addo Dankwa Akufo-Addo. In their discussion, President Nana Addo Dankwa Akufo-Addo tried to convince the young man to play for Ghana Black Stars as he urged the Minister for Youth and Sports to explore the possibility of having Callum switch nationality, and play for the Black Stars.

As it stands now, reports according to FIFA rules of nationality switch show that the young man can switch his nationality as an England player and play for Ghana because he has not played enough matches for England Senior National Team to make him permanent in their team. 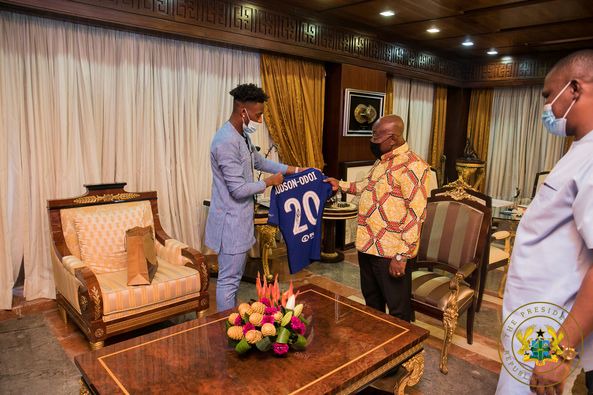 But some Ghanaians have expressed concern for the career of Callum Hudson-Odoi as these interactions are ongoing. According to them, most Ghanaian International players who had switched their initial nationality and played for Ghana had had their football career tattered because of the nature and system of our football. 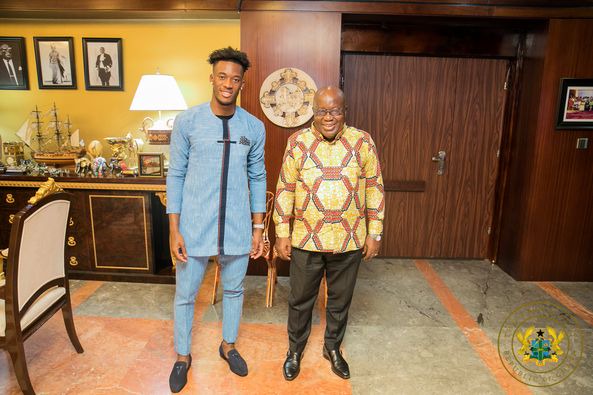 They sighted an example with Germany International footballer, Kelvin Prince Boateng who switched nationality from Germany and played for Ghana. They, therefore, advised the young man never to dream of switching nationality for Ghana if he wants a brighter future for his football career. 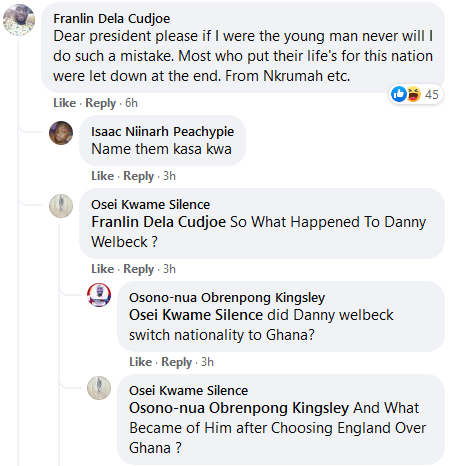 A Facebook user known as Franklin Cudjoe reacted that "Dear President please if I were the young man never will I do such a mistake. Most who put their lives for this nation were let down at the end". 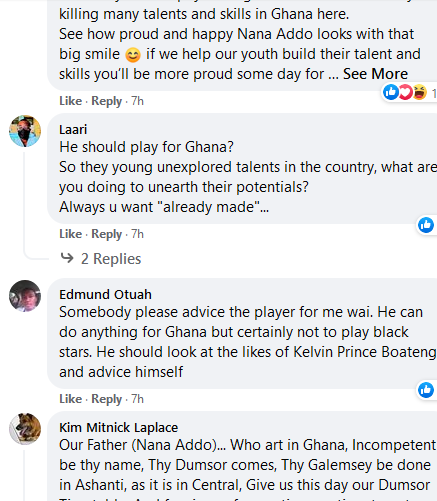 Another Facebook user known as Edmund Otuah said that "Somebody should please advise the player for me wai. He can do anything for Ghana but certainly not to play Black Stars. He should look at the likes of Kelvin Prince Boateng and advice himself". 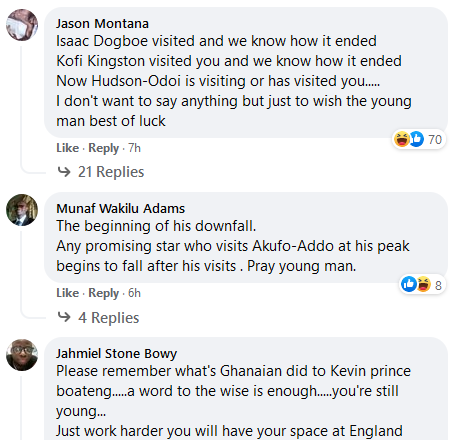