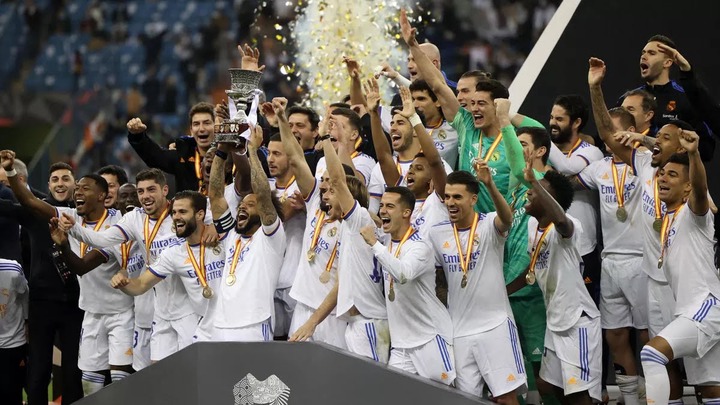 Madrid won their first prize during Carlo Ancelotti's second tenure as coach, thanks to Modric's beautiful finish near the end of the first half and Benzema's score early in the second.

Athletic had defeated La Liga winners Atletico Madrid to reach the final, but were soundly defeated by a slick, well-organized Real Madrid side at the King Fahd Stadium, which has now lost only once in 20 matches.

They had a chance in the 87th minute when they were awarded a penalty after Eder Militao was sent off, but Raul Garcia missed the opportunity and Madrid's victory was assured.

Meanwhile, Marcelo came on for the final few minutes before lifting his 23rd trophy at Real Madrid, equaling the legendary Paco Gento's total as the club's most successful player.