📬📬Barcelona boss Ronald Koeman deserves the “respect and trust” of both the club and the fans, according to former club captain Carles Puyol.

📬📬Zidane wants to coach Real Madrid for one more season and after that manage the French National team, according to Telefoot_TF1

📬📬If Ansu Fati decides to remove the damaged part of the meniscus through surgery, he would be out for at least two more months.

📬📬Laporta met Fati on Friday at the club's training facility and conveyed his total support to the player. If Fati undergoes a surgery, the club will provide him with all the facilities he needs.

📬📬Óscar Mingueza on Ansu Fati. "I hope he recovers as soon as possible. He shouldn't rush back even if he has to spend three or four more months on the sidelines."

📬📬Dani Carvajal has returned to training as he aims to play against Barcelona and Liverpool.

📬📬According to Luis Campos' entourage, he's in talks with Real Madrid to join the club's sporting board, but not as sporting director.

📬📬Xabi Alonso has signed a one-year extension to remain in charge of Real Sociedad B until the summer of 2022, the club said on Friday.

📬📬Xabi Alonso on signing a new deal at Real Sociedad: "I'm very happy with how things are going so far. That's why the club and I understood each other so easily when we started discussions."

📬📬Neto wants to leave in the summer because he wants to be a starter. The club will not search for a backup; all the focus will be towards signing a striker.

📬📬Barcelona are interested in signing Fabio Blanco (17) from Valencia. Juventus are also reportedly monitoring his situation.

📬📬Barcelona boss Ronald Koeman deserves the “respect and trust” of both the club and the fans, according to former club captain Carles Puyol.

📬📬Belgium boss Roberto Martinez has come out in support of Real Madrid's injury stricken star Eden Hazard. "Eden is desperate to get back playing again."

📬📬Bayern Munich were previously interested in signing Zlatan Ibrahimovic but his 'god-like' wage demands saw the move break down, according to Uli Hoeness.

📬📬Germany boss Joachim Low has dismissed suggestions that Real Madrid midfielder Toni Kroos has slipped out of his squad plans.

📬📬Fenerbahce have reportedly contacted former Maurizio Sarri and will continue talks with the former Napoli and Juventus coach next week.

📬📬West Ham and Manchester City are reportedly interested in Juventus midfielders Aaron Ramsey and Adrien Rabiot, who could leave this summer.

📬📬Lazio president Claudio Lotito has been suspended for 7 months and the club hit with a €150,000 fine over a breach in Covid-19 protocols earlier this season.

📬📬Lazio announced they will appeal the sanctions given for ‘violating the COVID19 protocol’, as President Claudio Lotito was suspended for seven months.

📬📬Juventus are on the lookout for a new striker in the summer, and according to La Gazzetta dello Sport, Moise Kean and Sergio Aguero are on top of their shortlist.

📬📬According to La Gazzetta dello Sport, AS Roma plan to get rid of their players over 30, except Chris Smalling and Henrikh Mkhitaryan.

📬📬According to La Gazzetta dello sport, Paulo Dybala could once again refuse to leave Juventus if the club won’t offer him a contract extension.

📬📬Milan Skriniar has been named best Slovakian player of 2020 and says his daughter's birth was a turning point for him.

📬📬Napoli defender Kalidou Koulibaly dislocated his finger during training with Senegal and could miss the qualifiers for the AFCON this month.

📬📬AC Milan will "do everything possible" to sign Fikayo Tomori permanently according to club legend Franco Baresi.

📬📬AS Roma and AC Milan are reportedly targeting a move for Paris Saint-Germain goalkeeper Alphonse Areola, who’s currently on loan at Fulham.

📬📬Atalanta are reportedly not planning to re-sign Mattia Caldara from AC Milan and the defender seems set for a return to the Rossoneri.

📬📬Mauro Icardi insists he is happy at PSG, despite reports linking him with Juventus and AS Roma.

📜📜Chelsea are weighing up a stunning move to bring Romelu Lukaku back to Stamford Bridge this summer if they are unable to sign Erling Haaland from Borussia Dortmund, reports claim.

📜📜Benfica have denied reports that they are on the verge of signing former Atletico Madrid and Chelsea striker Diego Costa.

📜📜Chelsea have been named the Premier League team of the decade. The International Federation of Football History & Statistics have been crunching the numbers as the 2011-2020 decade came to an end.

📜📜Chelsea are reportedly eyeing a £21.4million deal for Porto star Jesus Corona and will be looking to wrap up a move before June.

📜📜Jesse Lingard 'could be given second chance and a new three-year contract at Manchester United' after promising displays on loan at West Ham earned him a recall to Gareth Southgate's England squad this month.

📜📜Manchester United left-back Brandon Williams has been ordered to pay a fine after failing to provide the police with information of a speeding offence.

📜📜Manchester United have tabled an offer of £68.5million for Atletico Madrid star Marcos Llorente, according to reports in Spain.

📜📜The Football Association has written to UEFA at the eleventh hour to object to plans for the reform of the Champions League, amid fears it could be devastating for English football and threaten the FA Cup.

📜📜England manger Gareth Southgate says Jordan Henderson faces a race against time to be fit for the Euros this summer.

📜📜Thierry Henry will leave social media today after the Arsenal legend called on platforms to do more to tackle 'bullying, racism and resulting mental torture' that is 'too toxic to ignore'.

📜📜Patrick Bamford has revealed that Ousmane Dembele is a 'massive fan' of Leeds United and has asked for his and Kalvin Phillips' shirts because he 'watches every game'.

📜📜Former Liverpool midfielder Jason McAteer believes the club should target Jadon Sancho rather than Kylian Mbappe this summer as he thinks the Dortmund star would suit their style better.

📜📜Everton have been given the all-clear to build their new stadium at Bramley-Moore after the club's planning application received government approval. The Toffees have now taken a significant step towards leaving Goodison Park, as they aim to begin the project of developing a 52,888-capacity ground on the waterfront site at a cost of £500million.

📜📜Liverpool manager Jurgen Klopp has made one final plea to the club's owners to come to an agreement with midfielder Georginio Wijnaldum over a new contract extension.

The Home of Quality and reliable football News 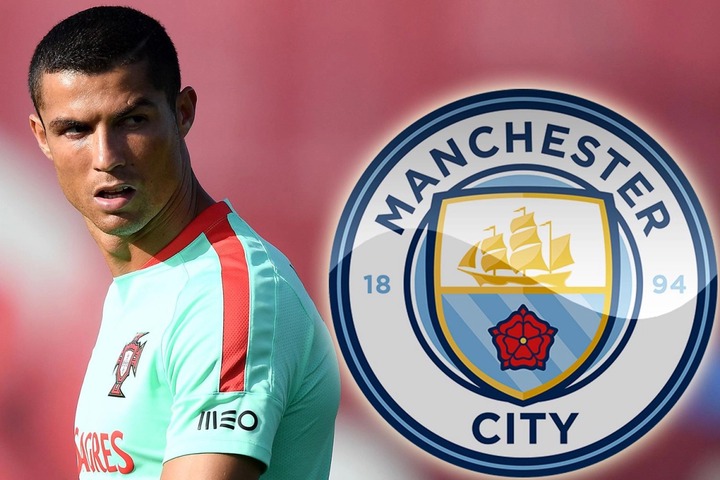