By ManagerNK2 (self media writer) | 9 months ago

Heung-Min Son and Harry Kane fired Tottenham to a 3-1 win over Leicester and above Arsenal into fourth in the Premier League - for a few hours at least. 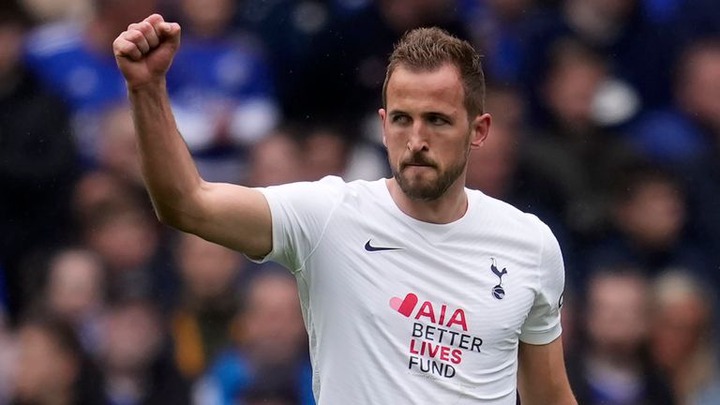 After defeat to Brighton and a draw at Brentford in their last two outings Spurs could ill-afford another setback but their trusted attacking duo delivered another inspired performance to get their bid for Champions League qualification back on track.

Kane ended a five-game goal drought with a 22nd-minute header from Son's first-half corner before Dejan Kulusevski, a surprise omission from the Spurs starting XI, came off the bench to set up Son for the second on the hour.

Spurs started with all the continuity of a team which featured just one pre-match alteration but, having failed to capitalise on their energetic start, it was much-changed Leicester who threatened first, with Patson Daka pouncing on some hesitant defending to rattle the post before the quarter hour.

The breakthrough came midway through the half when Kane was afforded the freedom of the Leicester area and stooped to head in Son's corner unmarked at the near post - his 17th goal in 14 Premier League appearances against the Foxes. 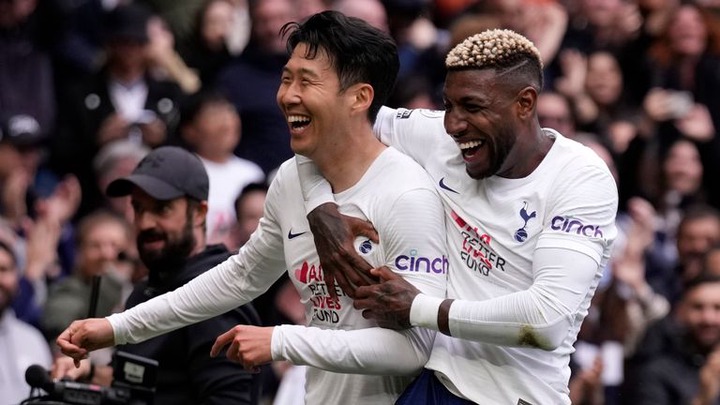 Leicester pushed for an equaliser before the break, but Iheanacho could only drag a shot wide, before Daka came within inches of turning Ayoze Perez's deflected volley in on the stretch.

With Spurs in need of inspiration early in the second half Antonio Conte turned to Kulusevski and the Sweden international made an instant impact, laying on the second for Son, whose goal was allowed to stand despite Leicester protests for a foul on Caglar Soyuncu in the build-up.

Two became three in exquisite fashion 11 minutes from time when Son received the ball 20 yards from goal, shifted onto his left foot, and curled a stunning effort into the top corner of Kasper Schmeichel's goal.

It looked to have been the final word on a perfect return to winning ways for Spurs, but Iheanacho's late effort, which squirmed past Hugo Lloris and in off the near post, denied the hosts a clean sheet and ensured Leicester had something to take with them into their showdown in Rome.